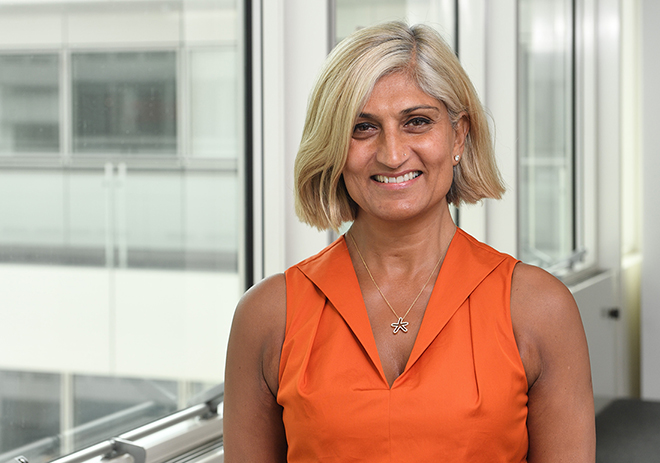 MINDSETS and cultures need to change in order to increase gender parity in the workplace, say the leaders of a new campaign.

Women have been almost twice as likely as men to lose their jobs during the pandemic and the ripple effects this may have on gender equality among the workforce may be felt for generations.

Now Milton Keynes Council have pledged to invest almost £250,000 in programmes dedicated to supporting the return of women into the workplace. One of the beneficiaries of this funding is the Women Leaders MK group which is using the money to develop a new programme to help organisations to address inequalities.

The Allyship programme is free, with up to 30 Milton Keynes organisations to benefit from the sessions. Each lasts for between two and three hours and is tailored to meet the specific needs of each business. Dedicated SME workshops will also be held for small businesses.

Mr Yafai said: “We are still not developing women and attracting them at top level. We are talking about an equal playing field here – it is about the level of support that people need.

“The conversations have moved from the ‘why’ to the ‘how’. We need to shift mindsets, change cultures and create an environment which is conducive to the needs of everyone.”

Through the Allyship programme, business leaders will position themselves on a scale of one to six – reflecting where their business is in terms of support, recruitment and the development and promotion of women and where they want to get to on the scale – with steps to help them get there.

Ms Parmar said: “Most organisations can reveal the gender split but will not be able to tell you why women are not getting to the top. Our aim is to impact, inform and help shape recruitment and promotion processes to make more inclusive workplaces.”

The programme also aims to leave an ongoing legacy by identifying ‘allies’ – “champions within their companies,” said Ms Parmar – who will forge a network of around 20 allies throughout Milton Keynes .

The programme aims to encourage what it calls an inclusive eco-system where equality is spoken about every single day with an organisation. But business leaders must participate in the programme itself, Mr Yafai said. “This is the level where change happens. If leaders buy into it, that will lead to cultural change.”

The latest Global Gender Gap report, published last year, shows that the UK has fallen six places down the global rankings for gender equality. Mr Yafai cited the example of an investment bank which believed it had created a homogeneous work environment until focus groups with employees revealed otherwise.

“Lots of people talk a good game but they do not actually deliver” he said. “It is just smoke and mirrors. Any organisation that wants to grow and develop has to maximise its people. What we are offering them is an opportunity to focus on the gender which exists within their organisation and what they can do to contribute to the success of it.”

Discussion at the forum turned to the hidden culture within companies which is often experienced by women, and why this occurs. “Our unconscious biases are key – they are undeniable and inherent,” said Ms Parmar.

“Research shows that the five most important people in our lives are similar to us, in terms of education, networks and friendships. Our biases contribute to who we employ, develop and promote and they showcase themselves in micro inequality.”

The Allyship Programme is set to help organisations identify these hidden workplace cultures and create an environment which is open. “Sometimes uncomfortable conversations need to happen to change the narrative,” said Ms Parmar.

For more information on the Allyship Programme visit www.womenleadersuk.org/allyship/