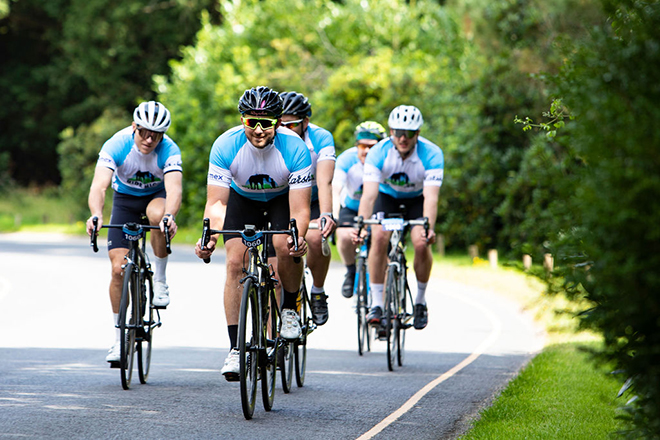 A total 69 cyclists took part in the charity’s inaugural Cycle Challenge and their efforts will directly help to change the lives of 14 of the most vulnerable children and young people in Milton Keynes.

Participants spent weeks – some even months – preparing to cycle the charity’s 50- or 100-mile route, motivated by the desire to be outside, to improve their health and fitness, to socialise with friends and colleagues and to raise vital funds.

Most took part in teams but the charity also created guided groups led by experienced cyclists for individuals to join. They arranged training rides and online zoom sessions to help prepare and support participants on the lead-up to the event.

The routes for the challenge took in picturesque villages and stunning countryside in Buckinghamshire and Bedfordshire, with stops at Old Warden near Biggleswade and Steppingley near Flitwick for teams to rest and refuel before heading back to Ride High HQ at Loughton in Milton Keynes for a well-earned barbecue.

Ride High chief executive Olivia Sugden said: “We are so grateful to everyone that embraced and supported the challenge. Their efforts are going to make such a positive difference to many vulnerable young people in our community”

Cyclist Jerry Taylor, managing director of WSA – The Communications Agency, said: “It is so nice to get like-minded people together to raise money for a great cause. It should definitely become a permanent fixture on the fundraising calendar.”