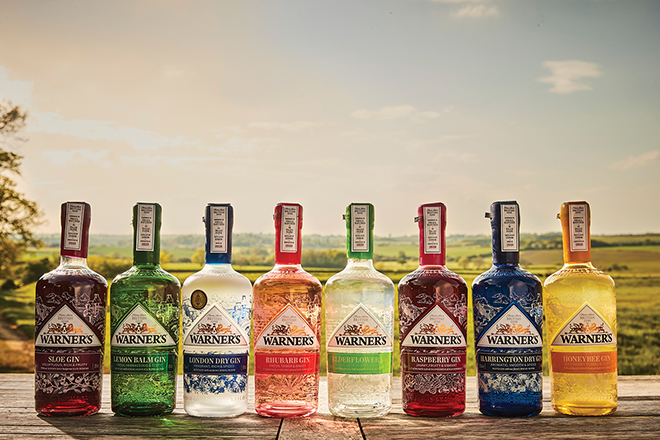 The industrial warehouse and manufacturing site at Kettering Business Park, owned by the IMK Group, will enable Warner’s to scale up the production of its popular gins.

Co-founded by Tom Warner in 2012, Warner’s were one of the first producers of super premium gin. The  move is essential as Warner’s bids to keep pace with demand in the gin sector. Worth £800 million in 2012, the market today is worth more than £3 billion.

Mr Warner said: “We are tremendously excited about this move as it sets a milestone for us as a business. The new building enables us to scale up and satisfy the country’s desire for 100% natural, farm-grown British gins.”

Warners found the unit through commercial property consultants Berrys, which acted for landlord the IMK Group.

Berrys commercial agent Kevin O’Dell said: “It is an exciting time for the Warner’s team who are certainly on an upward trajectory right now. Berrys are proud to have played its part in getting this transaction across the line for both Warner’s and our client IMK Group.

“It also great to have a local company expand within Kettering and shows the industrial market is still very strong despite the last 12-15 months of lockdowns.

“A fantastic result for everyone involved.” Mr Warner said: “The team at Berrys facilitated this transaction and it enabled us to move swiftly and efficiently with a great result for us and the landlord.”