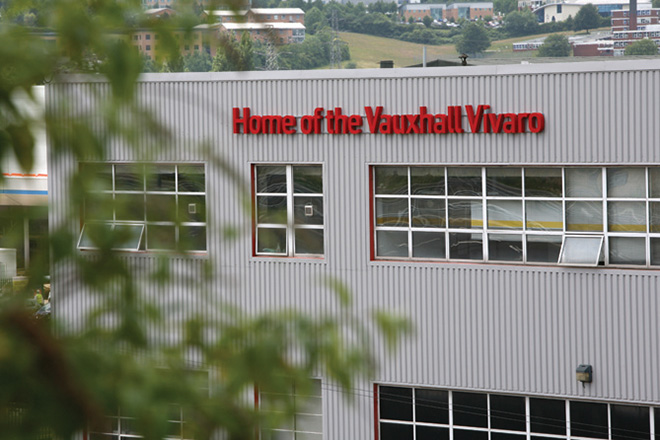 THE MERGER of automotive giants Fiat Chrysler Automobiles and Groupe PSA, the parent company of Vauxhall, has been approved by shareholders.

The move, which was endorsed by more than 99% of shareholders, is set to create the world’s fourth largest car maker.

The plan has received its final regulatory clearances over the course of the last month, including from the European Commission and the European Central Bank.

FCA and Groupe PSA expect to complete the combination on January 16.

Trade union Unite has welcomed the merger. Vauxhall employs 3,000 staff in the UK: at its factory in Luton, where the Vivaro van range is manufactured, and at Ellesmere Port on Merseyside, which manufactures the Astra range.

Unite said that the merger, allied with the post-Brexit free trade deal with the EU, should pave the way for new models to be produced in the UK. It has called on PSA to develop a long-term plan to build electric vehicles at Luton and Ellesmere Port.

The Vivaro-e is already rolling off the production line at Luton.

Des Quinn, Unite’s national officer for automotive industries, said: “This merger is good news for our members at a bleak time for the UK economy.

“We welcome the approval of both sets of shareholders to create the fourth biggest global carmaker and will seek reassurance that the new merged company will continue to commit to no plant closures, as was previously announced in November.

“Specifically in the UK, we call upon PSA to look at a longer term plan to build electrified vehicles at both Luton and Ellesmere Port with future regulatory and legislative changes in mind.”

He urged PSA to award the Ellesmere Port plant new vehicles to manufacture.

“It is also now time for our members to be rewarded for their ongoing commitment and having met all cost requirements to be awarded new product – currently, it is the only plant in Europe not to have been.

“Previously the management have said that this decision will not be made until there is a clear understanding on the outcome of discussions between the British government and the European Union. Now the free trade deal with the EU has been agreed by both sides with no tariffs or quotas, this should create the necessary business environment the company was seeking.

“Therefore, there should be no further delays in announcing new models at Ellesmere Port.”

The combined company will bring together well-known brands such as Peugeot, Citroen and Vauxhall from PSA with Fiat, Jeep and Chrysler.