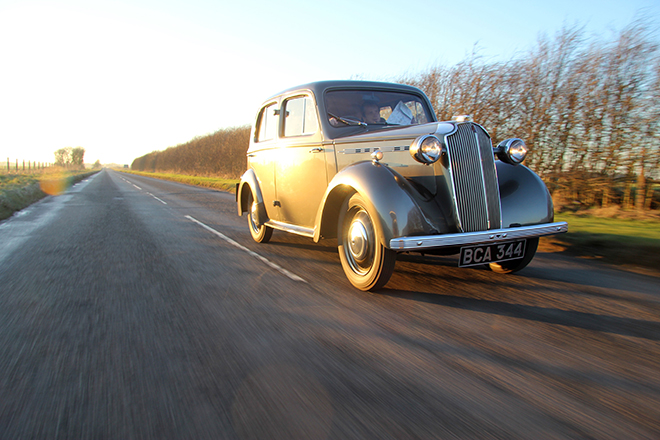 VAUXHALL’S famous heritage collection of cars has found a new home at the British Motor Museum at Gaydon, Warwickshire.

It moved from its previous home at the company’s headquarters in Luton earlier this year, being temporarily housed in Vauxhall’s factory at Ellesmere Port on Merseyside.

The collection totals 50 cars and vans that demonstrate the heritage of Britain’s oldest vehicle manufacturer through each decade from the very first 5hp Light Car in 1903. Vauxhall moved to larger premises in Luton two years later.

“This is a perfect opportunity for the public to get up close and personal with cars and vans from our collection,” said Paul Willcox, Vauxhall’s managing director. “There are some extremely rare and valuable vehicles on display, but many that will conjure ‘my mum and dad had one of those’ memories, too.

“Most importantly, it paints a wonderful social picture of Vauxhall’s importance to the UK culture, through all the highs and lows of the 20th and 21st centuries. The British Motor Museum is an ideal choice to display the collection.”

The museum’s head of collections Stephen Laing said: “We were delighted when Vauxhall approached us to look after its fantastic collection of vehicles, one of the most significant collections from a UK manufacturer.

“It fits perfectly with the museum’s aim to broaden even further the range of marques that are represented here at Gaydon and adds a new dimension to the stories we tell about the cars and the people in Britain’s motor industry.

“With so much choice, it has already been tough making the first selection of 30 cars to display in the museum.”