Skip to content
21.1°C
12 Aug 2022
x
Latest NewsLogisticsAviationLondon Luton Airport to retain £45m due to council in deal between owner and operator 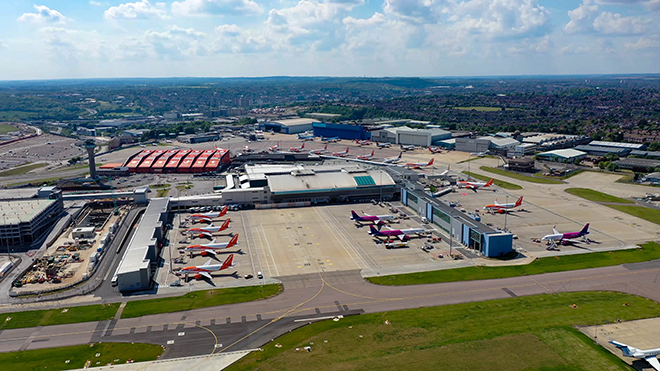 THE OWNER and the operator of London Luton Airport have announced a new joint investment package to support the airport’s sustainable recovery from the pandemic.

Under a wide-ranging agreement, which deals with the impact of fewer passengers and loss of income at the airport since March 2020, the airport operator London Luton Airport Operations Ltd will retain £45 million over a three-year period from past and future passenger income that would have been due to Luton Rising – the council’s company that owns the airport – had passenger numbers not reduced.

The agreement aims to provide certainty for the thousands who rely on the airport for employment and the many local and regional businesses in the supply chain. The deal has been approved by Luton Council.

Luton Rising’s chief executive Graham Olver said: “This agreement sets out how we will continue to work together over the coming decade to build back better, stronger and greener, and support the vital economic and employment recovery that we will want to see in the supply chain and across the region.

“Importantly for Luton residents, this has also been achieved with no direct impact on council tax and continues to protect the vital investment we make every year in voluntary and community services to improve people’s lives.”

In 2019 London Luton Airport served almost 18 million passengers, supported 27,000 jobs in the regional economy – including 10,000 in Luton – and delivered £1.8 billion in economic activity for UK GDP.

The airport’s chief executive Alberto Martin said: “The pandemic has been the biggest crisis in aviation history, wiping out 20 years of passenger growth almost overnight.

“As the sector begins to recover, this deal, in partnership with the airport owner, enables us to prepare for future success and creates reassurance for the thousands of people and the many local businesses who rely on us through the supply chain.”