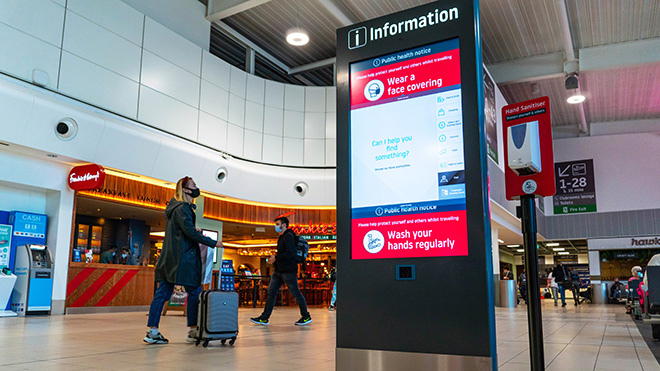 LONDON Luton Airport has renewed its call to the government for direct financial support as the impact of the second national lockdown takes effect.

The airport reported passenger numbers down by 82% in October compared to the same month last year.

And it is forecasting a fall of 95% year on year for passenger numbers in November.

The airport remains operational for essential travel but, with a ban on all other international and domestic travel, is bracing itself for November’s figures.

Airport bosses have also called for a testing system to be in place by December 2, to coincide with the end of the current lockdown period.

This will help get people moving again, they say, by minimising the need for quarantine for those arriving in the UK and having an agreed international framework to provide the necessary consistency for those departing the UK.

London Luton’s chief executive Alberto Martin said: “The airport remains ready to play its part in protecting public health while keeping lifeline services moving throughout this second lockdown, as we did with the first.

“The ban on all but essential international travel will have a profound impact on the already struggling aviation industry. Along with the Airport Operators’ Association, we are calling for further support for the sector and for the thousands of people whose livelihoods depend on it.”

For passengers who need to use the airport, there are enhanced measures in place to protect both them and staff. These include enhanced cleaning and sanitisation, hand sanitiser units across the airport and the use of protective screens at customer touch points.

London Luton was the first UK airport to be awarded the Airport Health Accreditation from Airports Council International for meeting global industry standards and best practice.