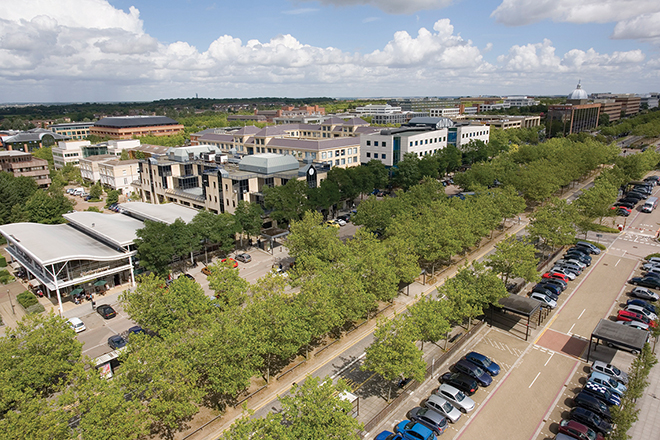 LAW FIRM founder Geoffrey Leaver, hailed as one of the founding fathers of Milton Keynes, has died after a short illness.

He retired from the firm in 1992 but remained a major contributor to the business and wider community of Milton Keynes. He was one of the first trustees of Willen Hospice and he joined other ‘founding fathers’ of the city for Milton Keynes’ 50thanniversary celebrations at the 2017 Milton Keynes Business Achievement Awards, making a rousing impromptu speech to more than 500 guests.

Having moved to Bletchley from Lancashire in the mid-1960s and put up his brass name plate at offices in Fenny Stratford High Street to announce the opening of his law firm.

The firm soon moved to larger premises in Queensway, Bletchley.

“Geoffrey’s philosophy was to work hard and to look after his clients and he quickly found that approach reaped rewards as his business grew rapidly,” said the firm’s current managing partner Richard Millard.

The continued growth of Geoffrey Leaver Solicitors saw the firm move in 1990 to its current office in Central Milton Keynes, in Bouverie Square.

Mr Millard said: “In addition to his business life Geoffrey was a major contributor to the Milton Keynes community. He was one of the first trustees at Willen Hospice and his contribution to the city was recognised at the 2017 Milton Keynes Business Achievement Awards, when he was acknowledged as a pioneer of Milton Keynes as part of the 50th birthday celebrations.”