Skip to content
15.2°C
06 Jul 2022
x
Latest NewsLegalLawBuying a house together: Why couples may be putting themselves at risk 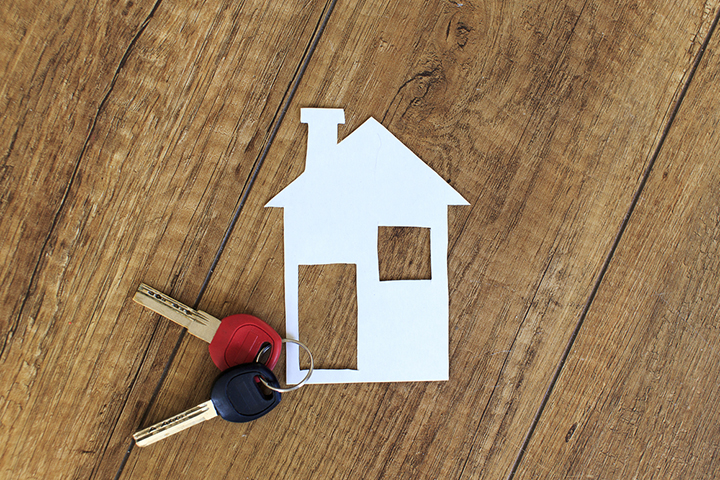 UNMARRIED couples do not share the same legal rights as those who have tied the knot. Yet two in three people looking to buy a house are unaware of the rules, new research by Milton Keynes law firm Shakespeare Martineau has revealed.

Nearly half (47%) of those surveyed incorrectly believe a common law spouse exists, with a further 20% unsure of the difference in rights – meaning 67% of homeowners are at risk of losing out on what is rightfully theirs through a lack of knowledge.

On behalf of Shakespeare Martineau, Censuswide surveyed more than 500 first and second-time buyers who are planning to purchase a property within the next 12 months.

The results also highlighted that a significant number of people incorrectly believe they will automatically get a share in a property owned by their partner if they have lived there for two years or paid the bills.

Helen Bowns, family partner at Shakespeare Martineau, said: “Choosing to live together before getting married or entering into a civil partnership is pretty much the norm in today’s society. Although it can provide a financially practical option, many couples fail to recognise the lack of protection of their assets if they separate.

“Regardless of what people read or hear, there is no such thing as a common law spouse. Unmarried couples who live together are merely cohabitees and do not have the same rights as married or civil partnered couples. Even if they have lived under the same roof for 50 years, the court could treat them in the same way as friends living together.”

In the event of a relationship breakdown, the less well-off party is at risk because they will not be able to make a claim for either maintenance, capital or pension provision, Ms Bowns adds.

“They can only claim their share of joint property and money but anything held in the sole name of the other party is theirs to keep. The only way to get around this is to enter into a marriage or a civil partnership or create a cohabitation agreement.

“Being unmarried or not entering into a civil partnership also means neither of you are entitled to receive each other’s assets on your respective deaths. If you want to benefit each other, you must prepare wills to state this.”

More than one in three respondents (34%) wrongly believe they will automatically get a share in their partner’s property if they lived with them for two years – with a further 19% unsure either way.

“There is no automatic entitlement to a property when parties cohabit for whatever length of time,” says Ms Bowns. “The only way in which a beneficial interest can be claimed is by a change of the legal title – for example, a transfer of a property into joint names – or if there is a declaration of trust or other written agreement drawn up confirming that a beneficial interest has arisen.

“Otherwise, any claim would have to be made upon the basis of a ‘trust’ having arisen and could simply be one person’s word against the other’s, which is notoriously difficult to prove.”

41% of those surveyed incorrectly believe that paying the bills means they will get a share in a property owned by their partner and a further 15% are unsure.

“You may acquire a beneficial interest in the property if you contribute to the mortgage or towards something that increases the value of the home, such as an extension. However, any agreement in this regard should be discussed and recorded in writing,” says Ms Bowns.

“As no automatic entitlement arises, the paying party should be careful as to how much they contribute towards bills and expenses. Clearly, some form of rent would need to be paid to live in a partner’s house but anything over and above should be curtailed.”

To avoid unwanted conflict further down the line, a cohabitation agreement setting out what will happen to joint and separate assets in the event of a break-up should be the top priority for all unmarried couples planning to move in together.

However, 33% of people are putting themselves at risk by not committing to making a cohabitee agreement with their partner before or after a house purchase.

“A living together agreement could clarify ownership details and who will pay what while they live in the property,” says Ms Bowns. “It is more essential to have this agreement in place if the house is in one party’s name only or if children are involved, as protecting your wealth will provide security and help safeguard their future.

“Although this may be an uncomfortable thought, it is important to consider all eventualities and arrange legal protection if something was to go wrong. It is a bit like having car insurance – you hope you don’t have to use it but it is there should the worst happen.

For a cohabitation agreement to be legally binding, it must be drawn up by a lawyer. Once everything is agreed, the contract must be signed and witnessed by both parties in order for it to hold up in court.

Almost 60% of those looking to buy a home do not realise that if they die and they are joint tenants with their partner, their partner will automatically inherit the house regardless of what it states in their will.

“While this can benefit the parties if it their intention for their partner to inherit their house, sometimes – particularly in second marriages – this may not be the case and it means your partner may inherit the property rather than your share passing to children from a previous marriage, for example,” says Ms Bowns.

“The best option is to sever the joint tenancy to create a tenancy in common and then make a will to leave your share to a named beneficiary.”

“The party who owns the property – regardless of their gender – needs to take advice and insist upon entering into a living together agreement to ensure the non-owning party understands that no beneficial interest will arise by reason of the cohabitation,” says Ms Bowns.

“Not doing so means a claim could be made if the non-owning party financially contributes towards improvements that raises the value of the property.”

Cohabiting couples have very few legal rights compared to those who are married or in a civil partnership and this means the risks can be high if the right arrangements are not in place. While getting married isn’t for everyone, arranging legal protection if something was to go wrong should be a top priority, says Ms Bowns.

“The biggest risk is that people are exposing themselves to potential future litigation. There is also a danger that they are making financial contributions towards a property, which will not be recognised, while being under the impression they will be.

“Even if verbal agreement was made, this would be very difficult to prove if there was a dispute in court. The courts will look for as much evidence as possible and having a cohabitee agreement that has been properly prepared and signed with them both having the benefit of legal advice is good evidence.

“In the long run, it will cost more to argue about it in litigation than to pay the costs of having an agreement in place. Until the law catches up with some of the modern ways of living, protecting your interests in the event of a relationship breakdown must be considered carefully.”