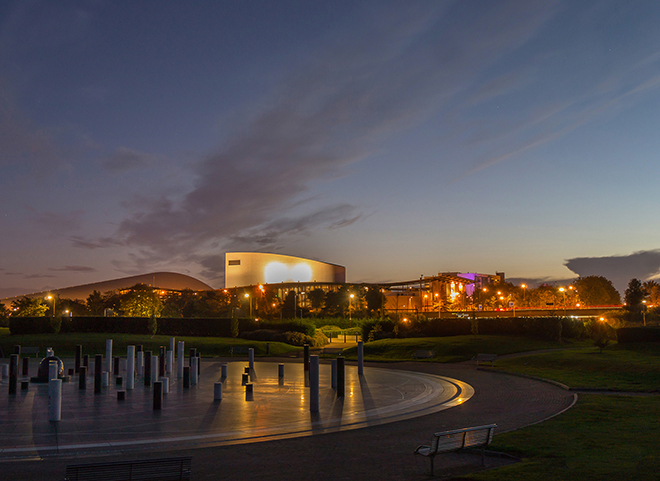 If we hear the accusation that Milton Keynes doesn’t have any culture or that it’s too young to have any history…we may well just scream.

It’s one of the biggest myths around MK and one that we whole-heartedly disagree with. You don’t even have to look very far to find five museums, a state-of-the-art gallery, one of the most popular theatres outside the West End and so much public art you practically bump into a sculpture around every corner.

So, what tickles your fancy in the cultural oasis that is Milton Keynes…

TAKE IN A MUSEUM…

The most well-known of our five museums is Bletchley Park, home of the Second World War codebreakers and now a heritage site dedicated to telling their vitally important story. You can explore the atmospheric codebreaking huts, wartime blocks and absorbing exhibitions, all set within a former Victorian country estate.

The Silverstone Interactive Museum is just outside Milton Keynes – only 20 minutes drive – and is the new museum on the block. It takes you on a journey through the stars, stories and science of British motor racing, the history of the famous track and is packed with hands-on interactives and immersive shows which is fantastic for all ages.

Milton Keynes Museum is a little closer to home and is one of the UK’s most family-friendly museums with re-creations and displays you can touch and try out. It celebrates the rich heritage of the area and brings history to life.

The National Museum of Computing is based at Bletchley Park and houses the largest collection of functional historic computers in the world.

And finally, The Cowper & Newton Museum in Olney is based in the house of celebrated English poet William Cowper whose neighbour was John Newton, author of the hymn Amazing Grace.

SO MUCH PUBLIC ART…

Most people don’t realise there are over 230 pieces of public art across Milton Keynes and this number is being added to all the time.

They include elaborate sculptures, art installations and, of course, our very famous Concrete Cows. There are several pieces located in Central Milton Keynes plus more in Campbell Park but there are many more in the other MK parks and alongside the redways.

One of our favourites is the Gyosei Art Trail which runs alongside the Grand Union Canal featuring eight pieces of work including a dragonfly, a metal horse and a frog sitting on a bench. Take a walk or ride a bike… and see what you can find.

MORE THAN JUST A GALLERY…

The all new, redeveloped MK Gallery opened in March 2019 and since then it has proved so much more than just a gallery. Yes, it brings world-class exhibitions to Milton Keynes but it also runs a cinema from its Sky Room, has live music and comedy nights, offers a family and learning programme to explore the artistic world and has a really good café.

THE SHOW MUST GO ON…

The theatre sector has been one of the hardest hit during the last 18 months and Milton Keynes Theatre was the jewel in our cultural crown, consistently being one of the most popular theatres in the UK and attracting the biggest shows over the years including Les Miserables, Phantom of the Opera, Wicked and War Horse.

But theatre will return and Milton Keynes Theatre’s schedule of shows for later in 2021 and going into 2022 is nothing short of spectacular with Disney’s Bedknobs & Broomsticks, Rock of Ages, Six, Hairspray, Dreamgirls and Everybody’s Talking About Jamie all set to take to the stage.

We cannot wait for the auditorium to be packed again.

Live music is an important part of any place’s cultural identity.

The Stables is one of the UK’s most popular music venues, founded way back in 1969 by legendary jazz musicians Sir John Dankworth and Dame Cleo Laine. It rocks out to more than 500 concerts and workshops each year and the music is set to play to packed audiences once again.

But there are other live music venues to discover… MK11 is housed in a former barn and offers comedy nights, quizzes and sporting events alongside the live music and guest DJs. One of Milton Keynes local legends, The Craufurd Arms, is a live music venue, theatre and pub located in the heart of Wolverton.

Every two years in July, Milton Keynes becomes a mecca for all things culture as the IF: Milton Keynes International Festival rolls into town.

For 2021, it’s longer than ever with a full 21 days of open-air live music, dance and performance, live comedy, free family events, site-specific installations, pop-up performances and much more. Find out more at www.ifmiltonkeynes.org

For all the information on the Milton Keynes cultural scene, there’s only one place to go… www.destinationmiltonkeynes.co.uk