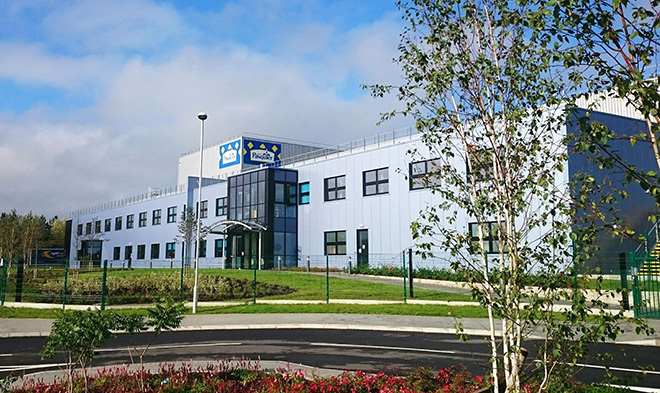 WORK on a 80,000 sq ft extension to food manufacturer Brioche Pasquier’s factory in Milton Keynes is under way.

The company expects to have its new third production line operational by early next year and the extension will allow the addition of two more lines in the next few years.

“The new lines, when built, will allow us to bake over 2.5 million of our various products every  day,” he added.  “We have always wanted to provide our consumers with a fresh, quality product, which is why we originally decided to establish a bakery in the UK.

“Now we can extend the range of products which have been freshly baked in this country and transport them straight to market without delay.”

Brioche Pasquier, which arrived in the UK 20 years ago, built its original factory in 2007. “We are extremely excited to have started the work on phase two of our factory building programme which will provide jobs for around 130 people from the local community,” said Mr Peters.

The company’s history dates back to 1936 in a small village, Les Cerqueux, in the West of France. Gabriel Pasquier owned the village bakery and produced his brioche and pâtisserie but in 1974 his five sons created the company Brioche Pasquier with the aim of taking their father’s traditional products to a larger audience throughout France.

The company now has factories across the world but its bakeries use the same baking methods and simple ingredients, including the levain (mother dough) created by M. Pasquier in 1936.