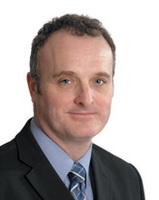 HM Revenue and Customs is putting the spotlight on
builders and developers who are considering renting out new properties which they have been unable to sell due to the economic downturn.

The reason for the scrutiny is that if such property is rented out, HMRC will require repayment of the VAT already claimed on construction costs.

It appears that, in many cases, this is not happening.

The reasoning behind HMRC’s claim is that the freehold sale of a new residential property, or the granting of a long lease (more than 21 years’ duration), is a zero rated supply, upon which any related input tax can be claimed.

However, renting out new property on a short lease is an exempt supply and no related input tax can be claimed.

HMRC’s move is backed up by reference to VAT tribunal cases which took place when the last housing market slump occurred. In these instances, VAT was required to be repaid to HMRC based upon the length of time the property was rented out compared to the potential lifespan of the building or the length of an anticipated long lease.

In one case, a property was leased for four years out of a proposed long lease of 29 years and HMRC obtained a repayment of 4/29ths of the input tax incurred on construction.

HMRC is also attempting to reduce the lifespan of the property to ten years, which would be very bad news indeed for developers. For example, if a property is leased for four years, HMRC would be looking for a repayment based upon 4/10ths of the total input tax claimed.

Crucially, not all housing developers switching to short-term lets will be affected by HMRC’s clawback. A number of little-used concessions and other provisions exist which could help developers avoid much of the pain – providing they take advice at the earliest opportunity.