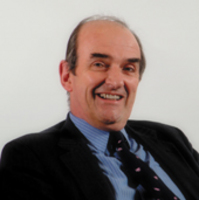 PENSION scheme trustees have become so beleaguered by warning after warning from their professional advisers and the Pensions Regulator of the dire impact of different regulations that it has created a “white noise” effect. No warning seems more important than another and it is increasingly difficult to know which way to turn.

But, there is a chink of light. According to research by Pensions Capital Strategies and Numis Securities, the combined pension deficits of the FTSE 100 halved to Â£20 billion in the year to March 31 2007.

Donâ€™t get carried away, though. Â£20 billion is still a big figure and longevity continues to increase. Furthermore, the report concludes that the true deficit could be closer to Â£80 billion if more prudent estimates were factored in.

Aon recently announced that nearly one third of Britainâ€™s 200 largest schemes are now in surplus. That is good news, you may think but Aon warned, perhaps understandably, that these surpluses created their own problems.

Companies may well now find themselves in dispute with trustees and schemes members over what should be done with the surpluses. This could be a problem, but perhaps a more palatable one than how to fund an enormous deficit to protect membersâ€™ benefits without creating terminal employer cashflow problems.

Over the next few years, the pensions landscape will continue to change and both internal scheme and employer issues and external economic and socio-economic factors will combine to determine pension scheme health.

But I believe there is a reason for confidence and this lies not with economic factors but with trustees themselves.

The only way to address the “white noise” effect and therefore the key to rebuilding confidence, is for trustees to have a real understanding of the fundamental issues. That is not to say that trustees should not listen to their professional advisers or to the Regulator but they must be able to make informed judgements about how the advice and guidance affects their scheme and their members.

I was delighted when the Regulator issued their Corporate Plan 2007-2010 in May of this year and stated that one of their key priorities was to improve governance of work-based pensions via a year-on-year improvement in the extent to which trustees demonstrate knowledge and understanding of governance requirements.

Another priority in the plan is to strengthen defined benefit scheme funding by completion of scheme-specific valuations and agreed recovery plans for schemes in deficit. There is also the aim to reduce risks to members of defined contribution schemes via increased understanding by trustees and others involved in running such schemes.

The pensions world is still complex and risky and volatile. But it is manageable and it is nothing to be scared of as long as trustees genuinely understand the key issues.
Crucially, trustees must understand investments, conflicts of interest and the employer covenant. If they donâ€™t, we have a problem. If they do, there is every reason to be confident that membersâ€™ benefits will be protected and that the pensions “crisis” will be managed.