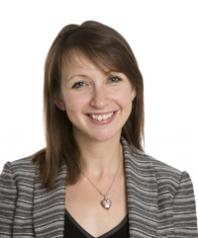 Bedford
IN RECENT weeks, there has been a media obsession with tax planning undertaken by celebrities ranging from Jimmy Carr to Take That to Wayne Rooney which has reignited a debate on the morals of tax planning.
Given the recent adverse publicity, it is no wonder that some businesses are reluctant to enter into complex arrangements that purport to deliver reward to employees virtually free of tax.
They do not realise that simple tax planning can help employers ethically incentivise their staff in a tax-efficient way.
There will be a reduction in the top rate of income tax taking effect from April 6 next year. Deferring at least some of a bonus or commission payment due to be paid to a 50% taxpayer until after that date can generate legitimate tax savings, without prejudicing the employer’s own tax position.
The simple act of deferring a bonus payment from 2012/13 until after April 5 2013, should save the recipient 5% in tax.
Deferred remuneration arrangements can also be tailored to suit the longer term incentive requirements of employers too. Operating over a two- to five- year timeframe, -deferred reward structures are becoming increasingly popular.
Awards are usually warehoused in an employee trust throughout the deferral period which provides commercial protection to scheme participants. Tax efficiencies of deferral can be significant because it potentially provides an investment return on the gross amount of the deferred payment, with the expectation that amount ultimately obtained by the employee will benefit from reduced income tax rates.
There are many technicalities for advisors to navigate, including rules concerning the tax point of a cash payment and the anti-avoidance legislation’s rules on “disguised remuneration”. Tax specialists also have to consider arrangements that include a formal waiver of an employee’s entitlement to remuneration in favour of deferring.
With due care, an effective deferral will usually be possible and could generate attractive tax savings for the recipient.
63