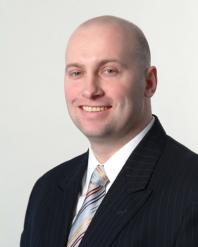 Bedford
From an average of 350 administrations a month, the latest figures have fallen to 178. But KPMG warns that the reduction is likely to be only temporary.
Ian Corfield, director of restructuring at the firm’s Milton Keynes office, said that he expected the monthly totals to rise sharply in the autumn. Sectors particularly at risk are tourism, automotive suppliers and commercial property.
KPMG has dealt with 1,571 insolvencies so far this year against a predicted annual total of 5,000.
Mr Corfield (pictured) said: “While we are entering the quieter summer months, such a dramatic drop of almost a half is very unusual given the current economic climate.  We are not convinced, however, that this indicates an upturn in sentiment; more a temporary reprieve in advance of a second wave of insolvencies.
“Our conversations with businesses and lenders suggest this number will be reached quickly after the holiday season with a wave of insolvencies in quarters three and four.”
The government’s decision to delay PAYE and VAT payments had freed up working capital for companies but he warned that there could be more pain to come.
Mr Corfield said: “Time is running out for businesses in a number of sectors where conditions have not improved and are unlikely to for some time.
"We expect to see further fall out in the automotive sector, particularly the supplier base, where many companies have ever decreasing options in the absence of demand.
"Commercial property is a sector whose problems cannot be brushed under the carpet for much longer.  With billions of refinancing needed by the end of the year, it looks set to suffer in the latter half of the year.
“September is likely to be the crunch month for many businesses in tourism and leisure with the busiest period of the year over.  With demand expected to be at new lows, even larger industry players could be affected.”
52