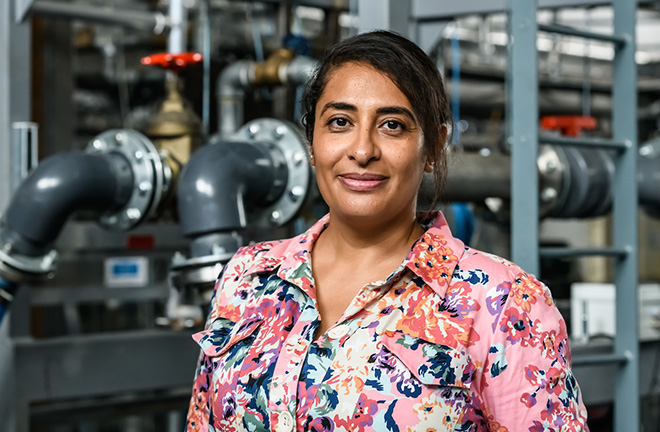 THE LARGEST oil and gas company in the Middle East has led a £2.9 million investment into a corrosion monitoring firm based in Bedfordshire.

Saudi Aramco Energy Ventures led the Series A round, with support from existing investors the MEIF Proof of Concept & Early Stage Fund, which is managed by Mercia and part of the Midlands Engine Investment Fund, Mercia’s EIS funds and angel investors.

The funding will enable CorrosionRADAR – the Cranfield University spin-out whose technology can detect and predict corrosion in pipelines – to strengthen its operations and widen efforts to address corrosion under insulation through digitalisation.

It follows successful on-site installations of its technology at a primary Aramco production facility, demonstrating the potential for substantial cost saving and value generation.

CorrosionRADAR’s chief executive Dr Chiraz Ennaceur said: “This investment demonstrates a surge of confidence from the sector in the use of real-time data systems that will accurately predict leakages and the onset of structural failure.

“With the worldwide cost of corrosion at $2.5 trillion, a co-ordinated effort cannot come soon enough. CorrosionRADAR is showing that a sustainable path to increased safety and dramatically reduced costs is achievable right now, using new technology and wireless connectivity.”

The company is headquartered at Cranfield with an office in Cambridge and is seeing growing demand for its smart solutions as companies look to make their operations safer and more energy efficient through improved maintenance and management of assets.

Once installed, its systems typically yield cost savings of between 40% and 60% and extend the lifetime of assets.

Mercia first invested in CorrosionRADAR in 2017 when it was founded as a spin-out from Cranfield University. Investment manager Stephen Windsor said: “CorrosionRADAR’s systems transform the way operators approach on-site inspection and maintenance. The company has gone from strength to strength and its ability to raise a sizeable scale-up round during these testing times is a huge testament to the hard work of the team.”

“This investment, together with the expertise of the MEIF fund manager, has helped accelerate the company’s growth to this point,” said British Business Bank managing director Ken Cooper. “Investments such as this show the importance of the right kind of funding being available in the region.”

Browne Jacobson provided legal advice to Mercia on the investment.

“It is fantastic to see CorrosionRADAR securing further investment to continue using smart solutions to meet major challenges such as tackling corrosion under insulation.”