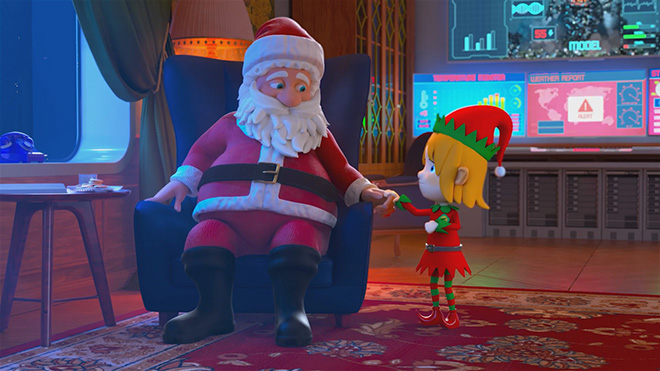 CHRISTMAS is coming… and Santa is on a mission to inspire the next generation to save the planet.

He is the star of a new animated film created by The Video News Factory for the Institute of Engineering & Technology. They commissioned the production company, based at Kiln Farm in Milton Keynes, to create the film in order to inspire the next generation of engineers.

Managing director John Allard and his team set to work in August on the project. “We partnered with IET.TV, the Institute’s own in-house production team, to film Chris Jarvis from CBeebies and project managed the 3D animation,” said John.

“Using an international team of animators, we have delivered to time and budget and production that some said should take six months to create and double the cost this epic production.”

In just one day the video Help Santa Save the North Pole! A Christmas Video registered over 5,000 views and gained more than 50,000 views in its first week.