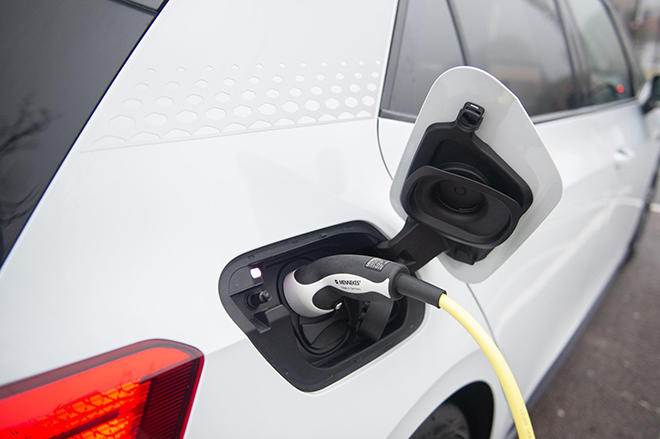 MILTON Keynes has more electric car charging points than any other city in England outside of London, new figures have revealed.

Government data shows there are 327 publicly available charging points in Milton Keynes, which is a 19% increase on January 2020.

This puts the city top of the tree for electric car charging points per 100,000 population in England outside of London and behind only London and the Orkney Islands in the whole of the UK.

Of the 327, 114 are rapid charging units – the current fastest way to charge an electric vehicle – which actually puts Milton Keynes at the top of the list in the UK per 100,000 population.

Milton Keynes MPs Ben Everitt and Iain Stewart met with the Transport Secretary Grant Shapps before the pandemic to discuss the importance of electric vehicles in the future. They have now welcomed the government’s announcement of a £20 million investment to increase charge points across the country.

Mr Everitt, MP for Milton Keynes North, said: “Milton Keynes is always at the heart of tech and innovation and that is no different with electric charging points. It is fantastic news that we are leading the way to a greener future.”

Mr Stewart, MP for Milton Keynes South, added: “I am proud of Milton Keynes, yet again, leading the way on innovation and being at the forefront of electrical charging points. As we approach the 2030 ban on sales of petrol and diesel cars, it is important we have these charging points in place across the city to support our transition to electric cars.”

‘Vital that we develop an extensive and reliable public charging network’

Analysis of new government data by EO Charging, which designs and manufactures electric vehicle charging stations and cloud-based charge-point management software, reveals that only 4,270 public charge-points have been installed in the past 12 months, an increase of 26%.

EO says public charging infrastructure is not being put in place fast enough to cope with the surging demand.

“While the best scenario for EV drivers is to be able to charge at home or at work, this is not always possible,” said EO founder and CEO Charlie Jardine. “It is vital that we develop an extensive and reliable public charging network both for private and business road users. Without it, we risk putting people off EVs when the ball is just starting to roll.”

The company says that while the government data only measures public charge points, its experience suggests there is much greater progress being made in the business fleet sector, which accounts for 59% of vehicles on UK roads.

Many companies with large business fleets, such as DPD, Amazon and Hermes, are already heavily investing in EVs. Recently released data from the Society of Motor Manufacturers and Traders shows that electric van sales were up 64.4% in 2020 compared to 2019.

Mr Jardine said: “We have seen a surge in demand in recent months from businesses that are acting on the government’s commitment to electric vehicles and growing sentiment from their customers and are suddenly accelerating their plans to switch to electric.

“Large fleet owners are leading the way in installing EV infrastructure but while they are putting in place their own charge points at depots and employees’ homes, we still need a reliable public charging network for both private users and business users.

“Company fleets across the UK will need on-the-go charging for vehicles travelling up and down the country so the acceleration of the growth of the public network is vital.”

In November the UK government renewed its commitment to EV technology, bringing forward a ban on sales of new petrol and diesel vehicles to 2030 and announcing further support and incentives for EV uptake.