Skip to content
9.2°C
05 Jul 2022
x
Latest NewsBusinessBusiness adviceBusiness leaders target net zero… but don’t know how to get there 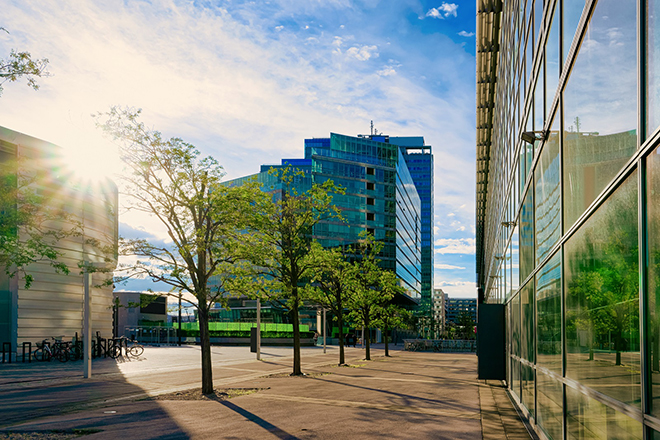 BUSINESS leaders’ understanding of the implications on net zero on their organisations is poor according to the first Net Zero Barometer Report published by BSI, which surveys 1,000 senior decision makers and sustainability professionals in the UK.

Almost two-thirds of those surveyed were not confident they fully understood what impact it could have for their firm. The vast majority felt that they require more guidance if they are to achieve the target.

However the study shows a genuine desire among the business community to come together to hit the government’s 2050 net zero target, with seven out of ten saying that their business has made or is considering making a solid commitment to achieving the goal.

However, this commitment dwindles for the UK’s small business community, with just one in five having committed to a net zero target, in contrast to 50% of their larger counterparts.

With smaller businesses accounting for 99.9% of all UK firms and half of business-related emissions, this lack of commitment could severely undermine the overall net zero progress in the UK, BSI says.

The past 12 months have hampered businesses efforts, with nearly 70% reporting that their plans to achieve the carbon neutrality target have been pushed back by the pandemic, as other corporate priorities have taken centre stage.

A difficult year is also reflected in what businesses see as the largest barrier to achieving net zero – cost. 44% of those surveyed identified it as their greatest hurdle to overcome, followed by clarity on what the target really means.

Scott Steedman, director-general standards at BSI, said: “Despite the pressures posed by the pandemic, it is incredibly positive that there is growing, widespread commitment from business leaders to achieve net zero by 2050.

“As the UK National Standards Body, BSI is ideally positioned to partner with organisations to build a standards strategy for them and their sectors that will support their sustainability ambitions. We call for organisations of every size across every industry to join us in shaping the best practices that will accelerate the journey to net zero and create a healthier and more sustainable world for the coming generations.”

Survey respondents from IT and manufacturing firms were the most likely to report that their organisation has committed to net zero, also showing the most awareness.

Healthcare and education exhibit a comparative lack of awareness regarding target setting, with just 26% and 22% of respondents respectively aware of whether their organisation had committed to net zero in some form.

The Covid-19 pandemic will have impacted both sectors significantly which could explain this relative lack of target setting in 2020, BSI says.