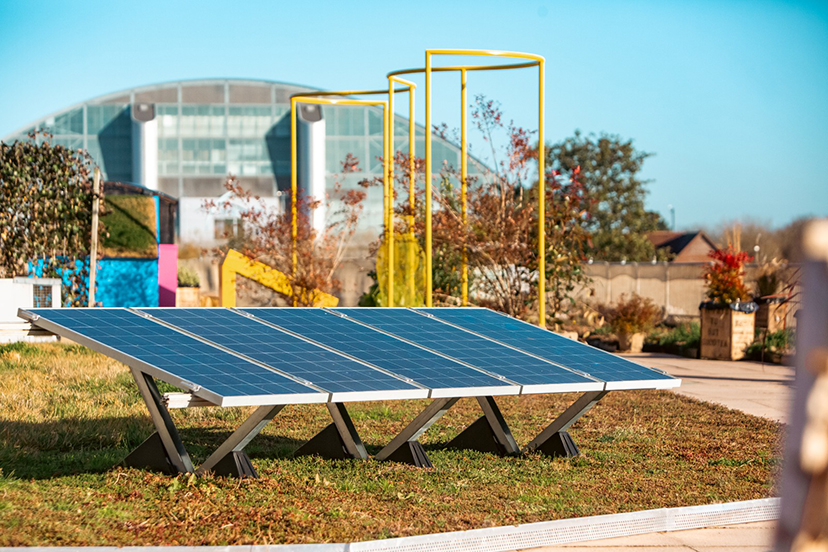 THE DEVELOPERS behind MK Gateway have announced plans to create two new green rooftops to engage the local community in the propagation of native plants and see the formation of one of the UK’s highest biosolar roofs.

The plans will see mixed-use developers Socius, First Base and investors Patron Capital, which are putting together plans for the redevelopment of the former council officers at Saxon Court in Central Milton Keynes, extend its collaboration with Wolverton-based living roof specialists Bridgman & Bridgman.

This follows the success of the “live lab” green rooftop ‘meanwhile project’ which was created on the roof of Saxon Court to showcase the benefits of green roofs.

More than 300 people visited the site during the project, which formed part of Milton Keynes Council’s Green Business Recovery Fund, and three YMCA residents were awarded certifications in the installation and maintenance of green roofs as a result of the training they received during that period. The green roof was moved from Saxon Court to the roof of the nearby YMCA campus nearby in April 2022.

“We have committed to a range of sustainable initiatives in the development of MK Gateway, all of which supports Milton Keynes Council’s aspirations for a greener, healthier Milton Keynes,” said  Socius’ project director Steve Eccles. “Following the success of the initial green roof on Saxon Court, we are therefore delighted to extend our collaboration with Bridgman & Bridgman, which will offer immediate and substantial environmental benefits for Central Milton Keynes.”

The MK Gateway development will see the retention, refurbishment, and extension of the original Saxon Court building, which will save over 3,750 tonnes of carbon dioxide. The new green rooftop will be installed once the development is complete and local residents will be asked to participate in seed collection workshops to populate the roof with native wildflower.

The MK Gateway site will also see the development of two further buildings including the Village, which will feature a UK first of 11 vertical gardens, along with 288 build to rent apartments.

Through the collaboration with Bridgman & Bridgman, the Village could now potentially feature another first – the UK’s highest biosolar roof. A green roof integrated with solar panels, the biosolar roof will deliver a range of benefits including generating electricity to supplement powering the Village, reduce the need for air conditioning in summer and heating in winter and increasing biodiversity.

Significantly, the creation of the biosolar roof will lower CO2 emissions, capture carbon and reduce the surrounding air temperature.

Chris Bridgman, managing partner of Bridgman & Bridgman, said: “The success of the “live lab” green rooftop demonstrated the huge range of benefits living rooftops offer. Green roofs are a vital tool for climate action and, through our ongoing partnership with Socius, we can help make Milton Keynes one of the greenest cities in the world.” 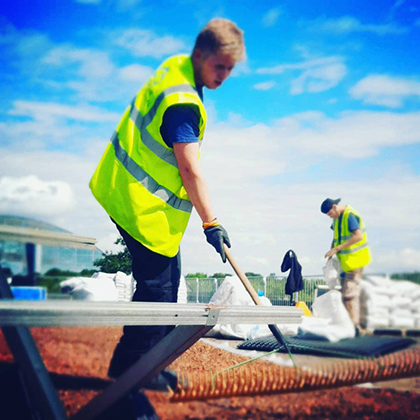