Skip to content
24.4°C
12 Aug 2022
x
Latest NewsRecruitmentEmployment‘It is vital that the industry retains these skills’ 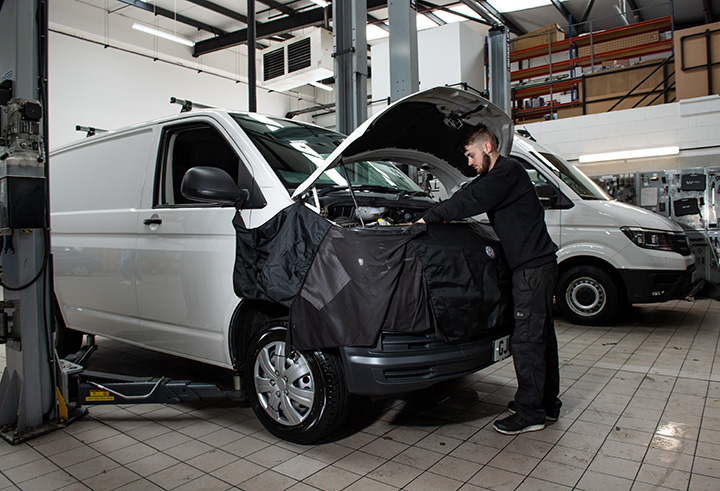 An internship scheme pioneered by an automotive training company in Milton Keynes is being hailed as the future for a sector desperately seeking the new talent it needs.

IT IS being hailed as “the missing link” between colleges and employers. Offering newly qualified automotive students a route into full-time automotive employment through a paid internship, a new initiative is vastly different to the apprenticeship route.

A specialist training centre in Milton Keynes has developed a new method of creating a steady stream of new talent for the industry and reduce the number of qualified automotive college leavers who find employment in other sectors.

The Autotech Academy, based at Linford Wood and part of the Autotech Group, is providing newly qualified students to dealerships all over the UK.

Volkswagen Vans dealership in Birmingham has welcomed three newly qualified students after contacting the Autotech Academy and is already seeing the benefits.

“We have taken on apprentices in the past and it continues to play a part of our strategy but as apprentices join us fresh from school, they do not hold the college-learned theory so, understandably, it takes a lot longer for them to gain the necessary knowledge and skills required to carry out repair or servicing work,” says the dealership’s head of business Wayne Ollershaw.

“The interns from Autotech Academy all have the most up-to-date knowledge and are keen to put this into practice. While we have, of course, assigned a mentor for each of them to shadow, I am confident that in just 6-8 weeks they will be working independently which will support demand for our services.”

The three students arrived after completing their courses at Sandwell and Walsall Colleges. Autotech Academy  completed all documentation and equipped the interns with a top box of tools and uniform, ensuring they were ready for work in under two week

The internship period is set to end within six months, at which point Wayne has said that at least two of the interns will be offered a full-time position within The Volkswagen Van Centre.

“It is vital that the automotive skills learned within colleges are retained by the industry,” says Autotech Academy’s national sales manager Gemma Edwards. “I am delighted with the progress the three interns are making so far and am in regular contact with them and the VW Van team. It would be fantastic if full-time positions are offered at the end of the internship period, but what each intern will hold is the experience they need to walk into another automotive position.”

Rajan Kainth, 22, is one of the three interns placed with The Volkswagen Van Centre. He had qualified with a Level 3 in Light Vehicle Maintenance & Repair in August 2020 but struggled to secure a role within the automotive industry and was repeatedly told that he needed at least between three and five years’ experience.

He found work within a warehouse just to earn money but, with a lifelong passion for cars, remained keen to become a vehicle technician.

“I thought once I had qualified, I would easily find work but realised it was easier said than done,” he says.  I tried independents and dealer groups for technician positions and even considered going down the apprentice route just to secure a role but, in doing this, I may as well have written off the last three years of my course.”

He registered with Autotech Group early last year and the company made contacted after launching the Academy division.

“I realised that this was a great opportunity and, after starting with VW in August, I have not looked back. For the first two to three weeks both myself and the two other interns shadowed the other vehicle technicians. I was then effectively thrown in the deep end and worked on a cylinder head! While initially nervous as the most I had worked on was breaks and servicing, the team at VW gave me the confidence to complete the work.”

The team at The Volkswagen Van Centre still oversee and assess the interns’ work but they now work independently.

“At the end of the six-month internship, I am hopeful that I will secure employment with The Volkswagen Van Centrebut, at the end of the day, if I do not I will still have six months’ experience under my belt which is far more than many of my college peers have managed to achieve.” Says Rajan. “The industry needs to commit to young people like myself who hold the theory but lack the experience.”