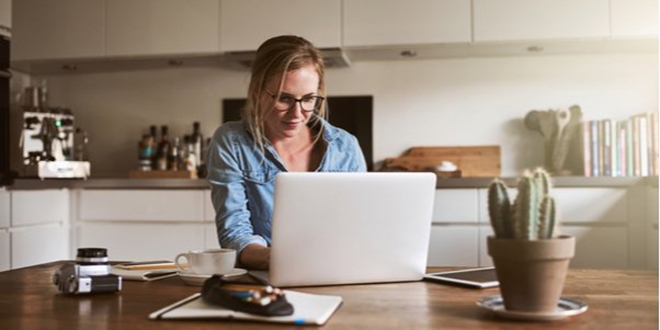 FORMER MP and government minister Jo Swinson is to head a research project into the impact of ‘flexible furlough’ on the attitude among employees to part-time working.

The ex-employment relations minister and leader of the Liberal Democrats until she lost her seat in the 2019 general election is to lead the steering group for a Cranfield School of Management study.

The group will include representatives from employers organisation the CBI, the Federation of Small Businesses, the Trades Unions Congress, the Chartered Management Institute, the Chartered Institute of Personnel and Development and government departments.

The research’s findings will inform government policy relating to the role of part-time working in the UK’s economic recovery as well as the encouragement and support required for employers to increase the availability of part-time roles in their workplace.

Ms Swinson, who is a visiting professor at Cranfield School of Management, said: “Up until now, research into part-time working has focused on employees, looking at who would like to work part-time and why that is. To expand part-time working for those who want it across different roles and sectors, we also need to understand what employers think.

“We have a once-in-a-lifetime opportunity right now, as the furlough scheme draws to a close, to find out to what extent trying out a different model of working has broken down some of the barriers to implementing part-time roles for employers.”

Previous research has shown that providing more part-time roles in different industries could be hugely beneficial to the economy and to society, she added. “So let’s find out what needs to change to make this happen.”

The 18-month project has been funded by a £300,000 grant from the Economic and Social Research Council as part of UK Research and Innovation’s rapid response to Covid-19. It aims to determine to what degree the part of the Coronavirus Job Retention Scheme, launched in July last year, that allowed employees to work part-time and be part-time furloughed has changed perceptions and increased employer openness to part-time working in the future.

It has effectively been an experiment in part-time working for many employers who in some sectors have made extensive use of so-called ‘flexible furlough’. The researchers expect to have a large evidence pool to explore, drawing on contacts in industry and conducting in-depth interviews with employers to examine their experiences of using part-time working under the scheme and whether this has changed their perceptions of its feasibility.

Part-time working is increasingly recognised as an alternative to unemployment in a recession as it avoids the costs of benefit payments, loss of tax receipts and some social and health costs of unemployment, while retaining skills in the economy. However employers have perceived part-time working as costly and inconvenient, struggling to create quality part-time jobs.

Around a quarter of the UK workforce works part-time, particularly working mothers but it is also the choice of many older workers, increasing numbers of men and those with disabilities or health conditions.

The research itself will be led by Professor Clare Kelliher, Professor of Work and Organisation, and research fellow Dr Charlotte Gascoigne.

Professor Kelliher said: “What we want to see is – now they have tried it – will employers continue to offer their staff genuine part-time working? There is a lot of talk about us entering a new world, particularly in relation to the way we work, but it remains to be seen to what extent that ‘new world’ will materialise after Covid.”