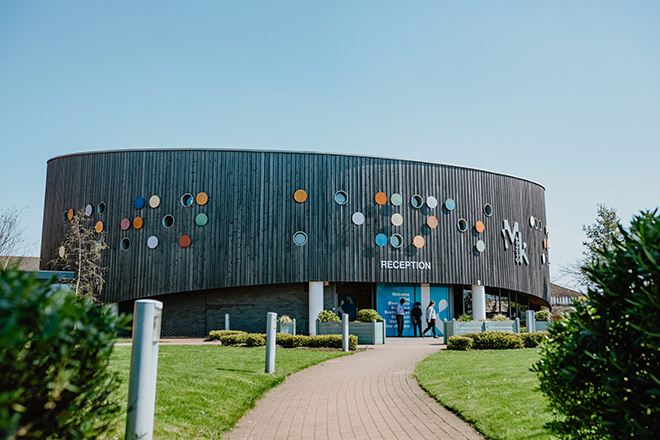 DETAILS of the pay gap which exists within Milton Keynes College on ethnic grounds are to be released, the college says.

It has committed to publishing the figures as part of wider commitments to which it has agreed by becoming a signatory to the Race at Work Charter.

The Charter pledges organisations to five specific calls to action.

The college has recently appointed Arv Kaushal as manager for equality, diversity and inclusion.  He says publishing pay gap figures is vital.

“It is one thing for an organisation to believe in equality, diversity and inclusion but it is quite another to actually do something to improve the situation,” said Mr Kaushal. “If people from the same backgrounds keep getting promoted to the detriment of other groups, you need to first work out why it is happening before you can change it.

“The only way to do that is by analysing the data which takes time and effort. By committing to the Race at Work Charter, we are putting ourselves in a position where we have to do the work and that is really the whole point of joining.”

Milton Keynes is one of only a handful of Further Education colleges across the country to have signed up to the charter to which government agencies and a number of large corporations have also committed.

Mr Kaushal said: “A lot of businesses are nervous of analysing the data around pay and publishing it because they know it will not make for pretty reading but I would strongly encourage them to overcome their fears.

“Recognising the size of the problem is an important first step to working out how to make things better so I would applaud anyone who has the courage to take that good hard look at themselves and their work processes.”

According to information from the Office for National Statistics using its Annual Population Survey there are stark differences in the ethnicity pay gap around the country.  The worst figures are in London where white British workers are paid more than 23% higher wages than people from other ethnic groups.

In the South East region, which includes Milton Keynes, the figure is just under 6% which is one of the lowest in the country.

The college has joined more than 560 employers from all sectors of the economy to sign the charter.

Ms Kerr said: “It is vitally important that professional educators who influence talent who will be – and in some instances already are – part of the workplace demonstrate their clear commitment to promote race equality and inclusion inside and outside of their learning institutions.

“It is great that Milton Keynes College has demonstrated their leadership and commitment by adding their signature to the Race at Work Charter.”

Milton Keynes College’s chief executive and group principal Dr Julie Mills said: “I am delighted that we have signed the Race at Work Charter, cementing our commitment to ensuring our college is representative of our whole community.

“Colleges make such a difference to the lives of so many students and the recent FE governmental White Paper shows the need to continue to elevate this to become beacons of best practice and influence within our wider community.

“Today represents another step towards our own accountability and we hope to learn and help create change.”