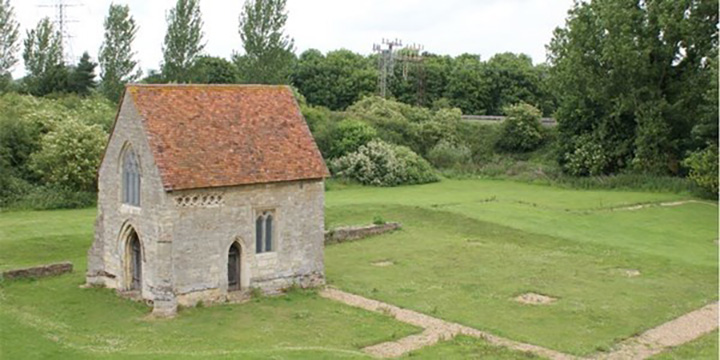 ONE of the most important historic buildings in Milton Keynes is preparing to welcome back visitors next year after an extensive restoration and conservation project.

The Pilgrim Chapel at Bradwell Abbey, which dates back to the 14th century, has now been removed from Historic England’s ‘Heritage at Risk’ register.

The two-year project to restore the Chapel of St Mary has been jointly funded by Milton Keynes Council and Historic England with expertise from the MK City Discovery Centre, which manages the Bradwell Abbey site in partnership with the council.

Now, after major work to repair and reinstate the chapel’s roof and surrounding buildings by a team of specialist contractors, architects and archaeologists, MK City Discovery Centre is preparing to reopen the site to the pib,ic next year.

“We were thrilled to have a received a letter from Historic England to tell us that The Chapel of St Mary is no longer on its ‘Heritage at Risk’ register,” he added.

The Grade II Listed buildings at Bradwell Abbey also include a farmhouse, bakehouse and several barns and buildings, all connected to its medieval past.

During the council’s restoration project, further historic items have been discovered including a head carving believed to be Eleanor of Aquitaine – contemporary to the 12th century construction of the Abbey – along with medieval paintwork in the farmhouse, two medieval arches found in the Medieval Interpretation Centre and the original foundation walls of the priory building.

Once the project has been completed next year, portable finds will be moved into the council’s Museum Collection held at Milton Keynes Museum. The council and MK City Discovery Centre are working with conservation experts to ensure that the finds in situ can be on open display as part of a new Visitor Interpretation Centre at Bradwell Abbey.