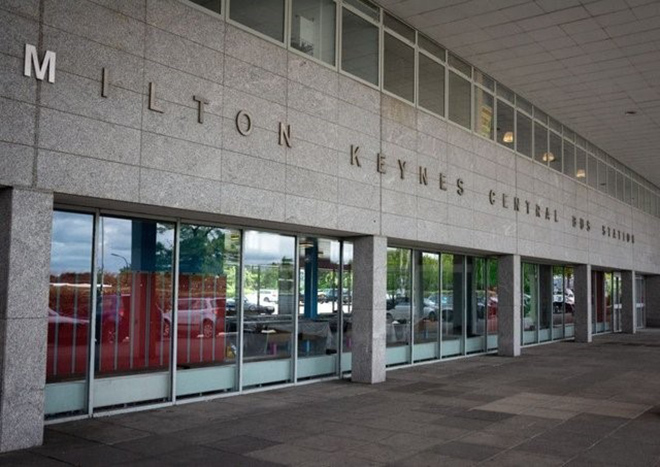 THE FORMER bus station in central Milton Keynes is to be converted to provide overnight accommodation for the city’s homeless.

The plan by Milton Keynes Council aims to accommodate up to 18 residents who are currently sleeping rough and will include shower and washing facilities and a large shared kitchen area.

The former bus station at Station Square is expected to open its doors to the homeless from November. The project is part of the council’s commitment to end rough sleeping in Milton Keynes. It has pledged to provide support to reconnect people to their local areas, secure homes in the private sector and assist with deposit payments.

Cllr Emily Darlington, cabinet member for adults, housing and healthy communities, said: “We are determined to end rough sleeping for good in Milton Keynes. The first step is getting people off the streets and into safe and warm accommodation.

“We can then work with people to understand the complex reasons they became homeless in the first place and prevent them ending up on the streets again.”​

Follow the link to watch Cllr Darlington explain what the Old Bus Station will be used for.

…as council wins finding bid to help homeless off the streets

NATIONAL funding is to help to pay for 30 new homes for people previously sleeping rough on the streets of Milton Keynes.

Milton Keynes Council has invested £3 5 million into the scheme, with the rest coming from central government after a successful council bid earlier this year.

The homes have been allocated to people who were previously sleeping rough for whom the council had arranged temporary accommodation during the pandemic.

Cllr Emily Darlington, cabinet member for adults, housing and healthy communities, said: “These homes are about much more than just providing a roof over someone’s head. It will give people a chance to restart their lives in the security of their own homes.

“We will continue working with them so they do not face with another night on the streets and help deal with the underlying issues that led to being on the streets in the first place.

“My thanks go out to the council team and our partners that moved quickly to secure these homes and support for those that desperately needed them.”

Follow the link to watch a short video where Cllr Darlington visited a former rough sleeper in their new home.

MK Council has offered everyone sleeping rough in MK somewhere safe to stay during the pandemic. Working with partners, the council is still actively encouraging people to take up offers of accommodation.

“We will never give up on a vulnerable rough sleeper, even if they do not accept support at first,” said a council spokesman.