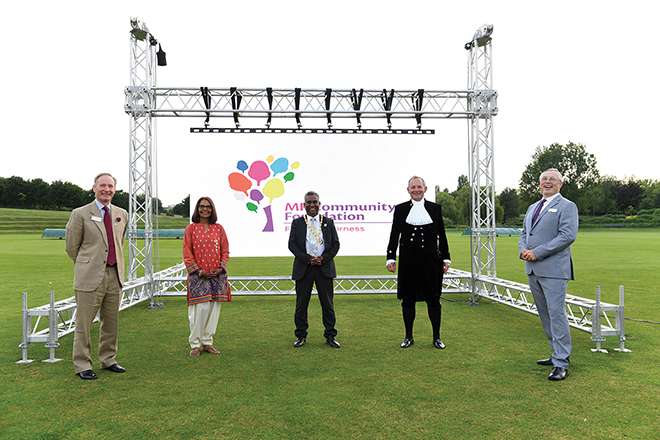 HELP for disadvantaged young people to access education and work opportunities is the aim of a new fund set up by Milton Keynes Community Foundation to mark the organisation’s 35th anniversary.

The Community Foundation has also produced a video to mark its 35 years of funding in Milton Keynes. It has awarded more than £15 million worth of grants to organisations and people in need in the city, as well as more than £18million in rent subsidies to charities.

Ms Mirza said: “The work of Milton Keynes Community Foundation is something I am immensely proud to be involved in and feel it is an honour to be chair of.  We remain committed to positive social change through the development of community philanthropy.

“Looking forward into the future, I hope that we can expand the help we deliver to even more people and organisations that need it, in order to continue to make Milton Keynes a fantastic and inspiring place to live, work and play.”

The anniversary celebration was attended by Milton Keynes Mayor Cllr Mohammed Khan and George Anson, High Sheriff of Buckinghamshire. He was among those to speak about working with the Community Foundation and the importance of inspiring philanthropy in future generations.

The Brasserie at Milton Keynes College catered for the event with afternoon tea, enjoyed by the audience alongside performances from trumpet player Louis Grao – a previous recipient of the foundation’s Music Bursary Programme – and MK Cheerleading Academy.

In the commemorative video, the foundation’s chief executive Ian Revill said: “We are building a future for our next generation, to change their lives and to fulfil their potential.”