Skip to content
20.6°C
16 Aug 2022
x
Latest NewsRegionalMilton Keynes‘I am passionate about taking care of those left behind by war’ 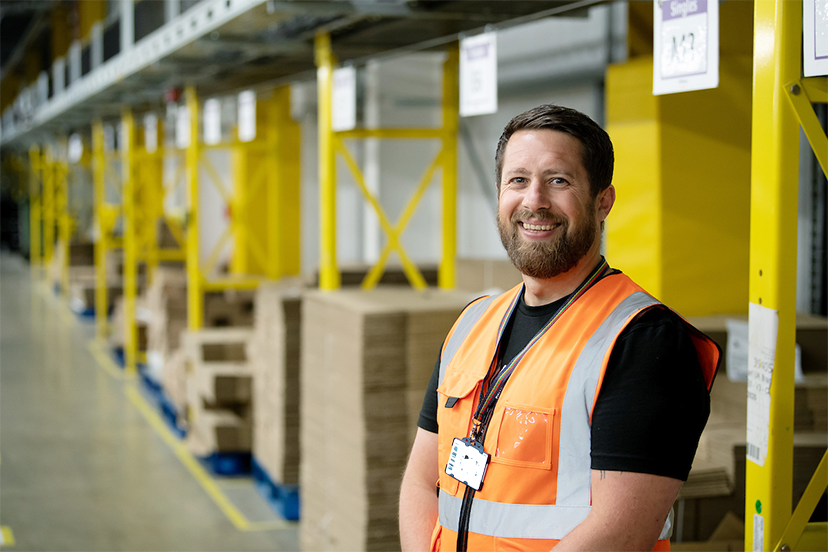 EX-SERVICEMAN Ryan Wells is now at the head of initiatives promoting the opportunities for his fellow former services colleagues when they return to civilian life.

He was serving in the Commando logistics regiment when, in 2018, he was medically discharged from the Forces due to a hand injury.

Now he works at retail giant Amazon in Milton Keynes as an engineering in its sortation centre. But he is also a champion of the company’s Military Programme to councils, charities and has helped other former military personnel to find new careers in their new civilian life.

“I am passionate about taking care of those left behind by war,” Ryan says.  “As a company, Amazon understands the challenges that those leaving the military face and allows people like me and my ex-military colleagues to create a culture that supports new recruits in the best way possible.”

He is speaking as the UK marks Armed Forces Day on Saturday (June 25). He recalls how he saw a need for proactive career support to be given to Royal Marines and Royal Navy servicepersons who are receiving medical care and waiting to be fit enough to be discharged and arranged an engagement visit by Amazon to go through Amazon roles and CV and interview support.

“Opportunities like these are what make my role so fulfilling,” he says.

Since joining Amazon in 2018, Ryan has planned and taken part in several fundraising events for military charities such as Walking with the Wounded, including a sponsored walk from the Amazon site he now works at in Milton Keynes, to the fulfilment centre in Dunstable, which raised more than £5,000 for the charity.

Going forward, Ryan plans to continue promoting the efforts of the Amazon military community and has plans to increase awareness of the programmes available for ex-servicemen and women at Amazon in Milton Keynes and beyond.

Ryan joined Amazon through the Amazon Military Programme four years ago after a military career that spanned almost 17 years. He joined the Royal Marines after leaving school in 2001 and served at RM Poole before completing a military engineering apprenticeship. He then joined the Commando logistics regiment, completing his junior command course and finishing as the third highest scoring tradesman of the year.

Gillian Russell, a retired Royal Navy officer who is now principal programme manager, global military affairs at Amazon, heads a team focused on bringing in ex-military talent to the business. “The military community brings huge value to the workforce,” she says. “We offer opportunities across the whole business and we train, develop and support veterans, military spouses and Reserves to flourish and thrive here.”

Launched in 2021 the Amazon Corporate Military Internship Programme is one such opportunity. It offers a direct path into corporate roles in e-commerce for those transitioning from the Armed Forces. Those on the programme are supported throughout their move into to the corporate world, including a military mentor who already works at Amazon, tailored support from line management and an on-boarding buddy.

The Amazon Military Programme offers members of the military community the opportunity to pursue a wide range of new career paths. This year Amazon aims to recruit 300 veterans, reservists and military spouses across the business in more than 35 different jobs ranging from health & safety specialists, engineers, sales managers and team leaders to senior managers.

These new employees join over 2,500 already employed at Amazon since it commenced its military programme in 2011. The company has been named Employer of the Year at the Ex-Forces in Business Awards for two years in succession.

“Ryan is one of the many brilliant veterans and reservists working in Amazon buildings here in Milton Keynes and around the UK,” says Amazon’s general manager in Milton Keynes Oonagh Gilfillan. “The skills learned in the military are highly transferable to a role at Amazon and we are pleased to continue offering employment, training and development opportunities to former servicemen and women through our programme.”