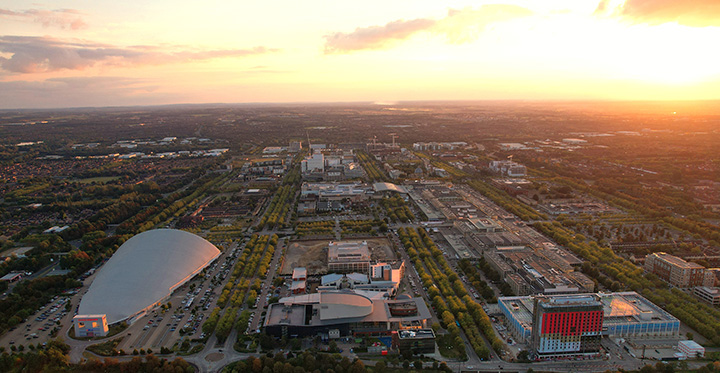 Both have contributed to Milton Keynes Council’s application to the competition, which has their full backing, and have now sent a joint letter to the Chancellor of the Duchy of Lancaster outlining the reasons Milton Keynes, which recently celebrated its 55th birthday, should become a city.

Milton Keynes is among 38 places across the UK and British Overseas Territories including Reading, Blackburn, Boston, places as close by as Northampton and as far afield as Stanley in the Falkland Islands have applied for city status.

“Despite being just 55 years old Milton Keynes has played a huge part in the history of the United Kingdom with Wolverton Works being the country’s first purpose-built railway town and Bletchley Park playing such a huge role in the Second World War.

“And we have such an exciting future, there’s so much innovation going on in MK like our delivery robots, our e-scooter trials, our autonomous car trials and businesses involved in space exploration.

“Milton Keynes deserves to become a city and I will continue to champion our cause in Parliament.”

Mr Stewart, who represents Milton Keynes South, added: “Milton Keynes is a uniquely wonderful place to live, work and play and I am proud to be representing it in Parliament.

“I have been campaigning and lobbying for Milton Keynes to get City Status for a long time, and this letter to Steve Barclay is another push from Ben and me to get MK the recognition it deserves!”

Last year, following the government announcement of a city status competition for Her Majesty The Queen’s Platinum Jubilee in 2022 and the Milton Keynes MPs quickly called on Milton Keynes Council to put forward a bid.

A final decision will be made in the spring and announced shortly afterwards as part of The Queen’s Platinum Jubilee celebrations.