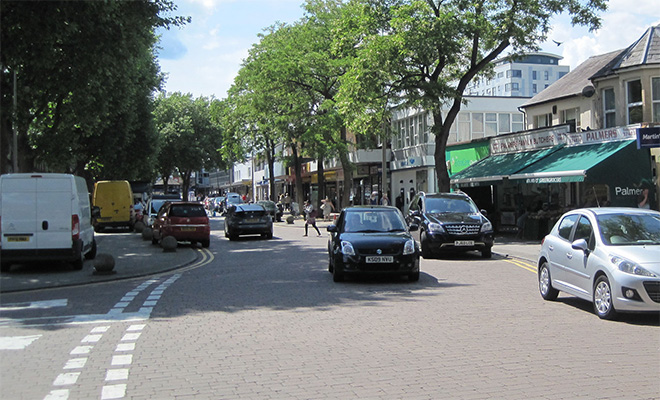 PLANS for a multi-million pound investment in improvements to Bletchley and Fenny Stratford have been approved by the government.

The two towns are to receive £20 million for works to maximise the benefits of the current and future prospects for growth.

The funding follows a bid by the Bletchley and Fenny Stratford Town Board, whose investment plan was submitted to ministers in October last year

Tech Park Bletchley Based at Milton Keynes College’s campus in the town, the new skills and training hub will provide better learning and development opportunities to improve life chances;

Other potential projects include improvements at Bletchley Park to maintain its attraction to visitors and the full roll out of fibre connectivity.
Milton Keynes Council has already succssfully secured a grant of £1 million as part of the proposal to be invested in projects that will be progressed by April 2021.

The money is being invested in new redway links to improve the connectivity between the Lakes Estate, Bletchley Town Centre and Newton Leys to the Blue Lagoon Nature Reserve.

A further £200,000 will support the initial improvement works to the former Bletchley Fire Station with demolition starting on site this month.

John Cove, chair of the Town Deal Board, said: “This is exciting news for Bletchley and represents the next step to fully develop the Groundbreaking Bletchley and Fenny Stratford project.

“Work has already begun on developing the many ideas within the plan and we will ensure that local residents and businesses will be kept involved. In the meantime, can I thank everyone who has contributed to this project thus far and is looking to continue their hard work and support in this next phase.”

Milton Keynes Council leader Cllr Pete Marland welcomed the government’s announcement. “While this money is only a starting point, it will enable us to begin delivering on our commitments to improve the area and take advantage of the significant growth opportunities here,” he said.

“I would like to thank the community and the board for their work in helping us secure this important funding that will make a lasting difference for local people.”

The funding allocated was not the full amount sought by the Board’s bid, Cllr Marland added. “But we have been very clear that this is the start of a real programme of change and we will work beyond that setback.”

Milton Keynes was announced as one of 101 places eligible to submit a bid as part of the national Towns Deal initiative. The council decided to focus the bid on Bletchley and Fenny Stratford so it can make best use of current and future growth prospects and the opportunities that will flow from the East West Rail scheme.

The Towns Fund aims to improve the economic sustainability of towns with a focus on creating jobs, supporting town centres, boosting businesses and connecting people to where they live and work either through local transport or digital connections.