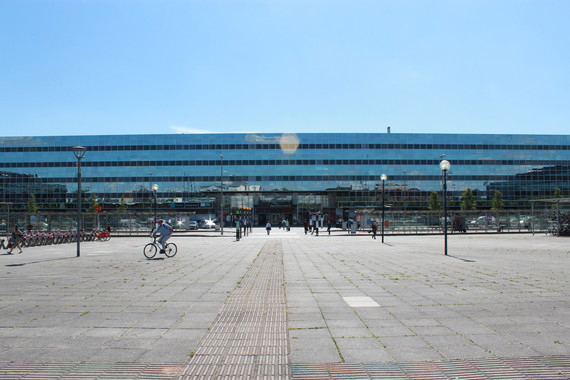 Around 50 trees and two wild flower lawns will be installed in the city centre gateway in August. The project, organised by Milton Keynes Council using finding set aside by developers for public art, is the first stage of a long-term plan to create a better first impression of the city for people arriving by public transport.

The design has been created by Hayatsu Architects and artist Tue Greenfort, who were appointed following a competition last year.  Their installation reflects the rich design history of Milton Keynes and its green city ambitions, increasing biodiversity with a variety of wild flowers to attract and support insects.

An improved first impression of the city is a priority for the council and its wholly owned subsidiary Milton Keynes Development Partnership as part of the growth of Central Milton Keynes. This includes the £150 million new UK headquarters for banking giant Santander, the new MK:U university and the luxury Hotel Latour, overlooking Campbell Park.

Cllr Robin Bardburn, the council’s deputy leader and cabinet member for economic development, said: “This exciting project will make Milton Keynes an even more welcoming place for people as soon as they arrive.  We have bold ambitions to ensure Central MK continues to grow and remains an attractive place for people to visit and a prime place to do business.”