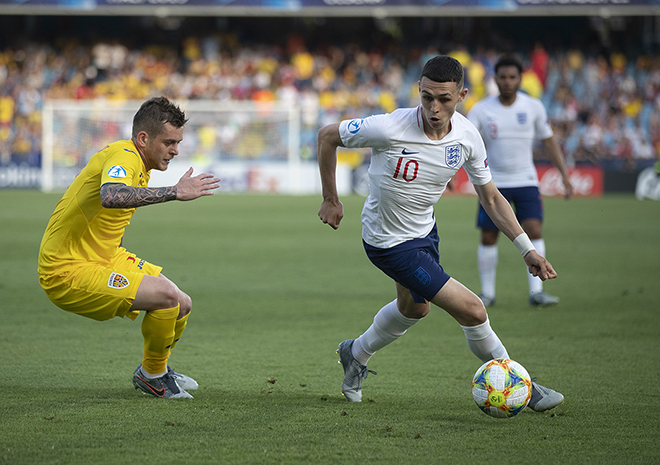 2 tickets to cheer on England in their 2021 UEFA European Under-21 Championship qualifier against Austria on October 15 are up for grabs in this exclusive competition.

ENGLAND football fans will be hoping it’ll be another case of ‘three-sy does it’ when international football returns to Stadium MK next month.

England Under-21s face a 2021 UEFA European Under-21 Championship qualifier against Austria at the home of MK Dons on October 15, kick off 7.45pm.

And here is your chance to see England’s top young footballers in action, with the likes of Phil Foden of Manchester City, Tottenham Hotspur’s Ryan Sessegnon, Arsenal forward Reiss Nelson, Mason Mount of Chelsea, Bournemouth defender Lloyd Kelly and Morgan Gibbs-White of Wolverhampton Wanderers all likely to be included in the squad.

We have a pair of tickets to give away for the the Young Lions’ visit to Stadium MK. To be in with a chance of winning, email the answer to the following question to news@businessmk.co.uk, with your name, job title and daytime contact details, with ‘England Under-21 competition’ in the subject line.

Which two countries will co-host the finals of the 2021 UEFA European Under-21 Championship.

Entries must have been received by Friday September 20. The editor’s decision is final.

﻿”The perfect way to kick off the celebrations of Milton Keynes as a European City of Sport for 2020.”

THE Under 21s last played in Milton Keynes six years ago when Gareth Southgate’s team saw off Finland 3-0 thanks to a Saido Berahino brace and a goal from Michael Keane en route to qualifying for the 2015 UEFA Under-21 Championships.

England senior women’s team also won by the same scoreline at the venue, against Austria, in 2017 when Ellen White, Lucy Bronze and Isobel Christiansen were on target.

“We are thrilled to be welcoming the Young Lions back to Milton Keynes this October –  the perfect way to kick off the celebrations of Milton Keynes as a European City of Sport for 2020,” says MK Dons chairman Pete Winkelman.

“This match will add to the long list of special events we have had the pleasure of hosting here at Stadium MK, while it will provide a fantastic opportunity for the people of Milton Keynes to see the young stars of the future in action on their doorstep.”

An adult ticket to the match against Austria at Stadium MK on October 15 is priced at £15, with concessions for under-22s and over-65s at £5. To buy, visit www.thefa.com/tickets

England have been drawn in qualifying Group Three and also face Andorra, Albania, Kosovo and Turkey. The Young Lions begin their campaign on Friday (September 6) in Turkey before their first home qualifier against Kosovo at the KCOM Stadium in Hull on September 9.