YOU ARE AT: Business MK > News > Apprenticeships: It IS rocket science as college unveils link with Lockheed-Martin

Apprenticeships: It IS rocket science as college unveils link with Lockheed-Martin 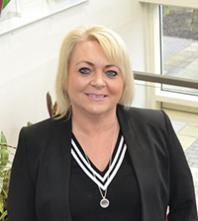 Careers in engineering and many other fields at the global giant, such as finance, can be reached via the conduit of the college.

To demonstrate the paths which can be taken as an alternative to university, Mark Lawson explained how as a student at the college’s Mander site, he started as an apprentice at what was then Hunting Engineering and is now head of engineering technical facilities at Lockheed Martin UK – Ampthill.

“I  am so committed to the quality of training on offer that I am a governor of the college,” Mark told parents and students at the event.

“Just as an example, I worked on the Beagle 2 which landed on Mars on 2003. Who can say their career has taken their work to another planet?

“An apprenticeship which progresses on to higher education means a degree without the debt, you are earning while you are learning and at the age when others are coming out of university with no work experience you have all that under your belt and more.”

Lockheed Martin UK – Ampthill which employs 900 people offers a range of apprentices in engineering, electrical and electronics. There are progression paths on to BSc degrees – which can funded by the company – rather than via student loans.

Bedford College Group is staging a seris of events around National Apprenticeship Week, wihch starts today (Monday). Director of employer engagement Gina Bubbins said: “It is not a second class option, it is a quality alternative to university which combines valuable work experience with study.”

The Bedford College Group is taking part in various events during National Apprenticeship Week. For full details of how to pursue an apprenticeship, visit www.bedford.ac.uk/apprenticeships