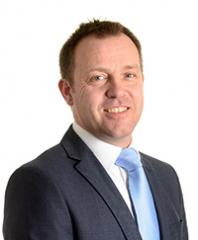 Provisional government figures show 1,920 apprenticeships were started across the county during the 2016/17 academic year.

This represents an 8% decrease on the previous 12 months, even with the introduction of the Apprenticeship Levy in April 2017 to help businesses of all sizes fund on-the-job training.

However, a new report from Grant Thornton –  released during National Apprenticeship Week this week – suggests an ongoing evolution in the way apprenticeships are viewed, with more employers, young people and parents recognising apprenticeship programmes as a valuable route to further education.

Employers are equally positive, with half of those questioned saying they intend to recruit more apprentices over the next five years and 79% stating the Apprenticeship Levy has encouraged them to take on more apprentices than they would have otherwise.

Mark Morton, who heads Grant Thornton’s central region employer solutions team based at Milton Keynes, said: “It is likely the changes to how apprenticeships are funded could have impacted take up over the past 12 months as employers get to grips with the workings of the new Apprenticeship Levy.

“Despite this lull in numbers across the county, it is positive to see a key change in the way apprenticeships are viewed. The expense of university education, coupled with the rising costs of living, means that taking three or four years for additional academic study no longer necessarily represents value for money.

“Employers are equally upbeat about hiring apprenticeships with over half valuing the ability to train people to meet the specific needs of their business and a similar number saying apprentices provide a strong source of new ideas and innovation.”

While attitudes are turning, Grant Thornton’s research showed that, for more than a third of employers, universities are the most common recruiting ground with just 10% seeking out new people at school level.

In 2013, Grant Thornton became the first professional services firm to remove academic barriers to entry from its trainee selection process. The move has had a positive effect on innovation, diversity and social mobility without impacting quality, the firm believes.

Mr Morton said: “With the introduction of the Apprenticeship Levy and wider changes to the apprenticeship system, local employers should be thinking laterally about how they approach talent development and exploring all opportunities.

“Apprentices can be new or existing employees of any age and with apprenticeship programmes now available up to masters level, they can provide a vital way to address skills gaps.”

·      At the end of last year, Grant Thornton launched the first Executive MBA programme in England with Cranfield University, enabling employees to access world class management education which can be funded through the Apprenticeship Levy.