YOU ARE AT: Business MK > Motoring > Appreciate the finer side of life

Appreciate the finer side of life 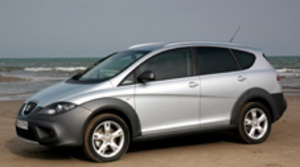 I HAVE always been an admirer of all things Spanish, from their culture, lifestyle, climate and their passion for music, art and, of course, football.

It never ceases to amaze me how laid-back the Spanish people are, whether it be over their food, wine, siesta or their work. Their cost of living is so much cheaper than ours, however, that this may well be the explanation for their wonderfully relaxed outlook on life.

There are plenty of things they do brilliantly: most notably, food, wine and enjoying themselves. Whenever we go to Spain, there is always a fiesta commemorating the festival of one particular saint or another… whoever has the monopoly on the Spanish fireworks market must be making millions.

Spain has also produced some of the world’s top sportsmen: golfers, tennis players, footballers. Then there are its artists, musicians, opera singers. This is a country that is steeped in culture, tradition and with a deep and genuine appreciation of the finer things in life.

It has long been a source of puzzlement to me why Spain has not produced more than one car marque of international note. France, Germany and Italy have, of course, produced many ranging from the aspirational to the functional. But never Spain.

SEAT is one Spanish marque, probably the most famous, that has raised its profile hugely since it became part of the Volkswagen Group and is establishing a worldwide reputation for producing robust, practical, reliable cars that are both fun to drive and relatively inexpensive to own.

We travel to Spain regularly, hiring a car from the airport as we head to the villa, either for a relaxing do-as-little-as-possible break or two weeks of non-stop action as we try to keep the kids amused.

Finding a car that is roomy enough for two adults, three children, five suitcases and/or assorted beachside paraphernalia is sometimes a challenge yet when we have hired either an Alhambra or a Leon from the SEAT stable, I have never been disappointed.

So I was intrigued to read earlier this year that SEAT was to launch its Altea freetrack 4. This is the first SEAT designed to be driven off-road and yet it has retained the marque’s sporty ethos.

It tops the Altea range and features Haldex-type four-wheel drive, 40 mm of extra ground clearance and 4×4-inspired body addendum over and above the Altea XL, on which the new model is based. It comes only with 2.0-litre petrol and diesel engines – a 200 PS T FSI and 170 PS TDI. I was driving the latter and was mightily impressed with its on-road performance, is brisk for a car of this typewith a maximum speed off 127 mph and acceleration from standstill to 60mph in 8.7 seconds respectively. Fuel economy is impressive at 41.5 mpg.

Like it or loathe it, you must admit that the Altea freetrack is distinctive, particularly the front and rear bumpers, which are linked to each other by a similar moulding that runs below the waistline, and the 17-inch alloy wheels.

Not only is the new Altea freetrack sporty and capable when the going gets tough, it is also more than suited to an even harder challenge – the rigours of family life. With a capacious 490-litre boot, picnic tables and a split rear-seat that can slide back and forth by as much as 16 cm, the newcomer is perfect for the whole tribe.

And with a multimedia system fitted as standard, SEAT has even included the elusive ‘mute-the-kids’ button. Heaven! Now if they could actually create one…

The multimedia system is the highlight, comprising a roof-mounted seven-inch screen with RCA connection that allows a link to a DVD player, video games, a laptop computer and a MP3 player. This way the sound is transmitted through the car’s stereo system.

Rear door window blinds are also fitted as standard, which are stored neatly within the door when not required. Safety equipment includes Electronic Stabilisation Programme, six airbags and a tyre pressure warning system.

The petrol and diesel models are priced at £20,495 and £21,395 respectively which I believe is excellent value given how lavishly they are equipped.

Not only that but it is great fun to drive. The driving position is roomy, airy and the sporty gear changes tend to make you forget that you are driving a family car.