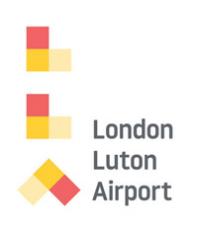 The increase is down to the opening of 15 new routes from the airport and is set to continue with flights to another ten confirmed for later this year.

He is encouraged by the figures as the airport continues its £100 million expansion programme, which began in December with the launch of its new brand identity.

The programme aims to increase the annual capacity to 18 million passengers by 2026, along with improved transport links to the airport, yet more new destinations, a refurbishment and upgrade of the terminal building and its retail and restaurant facilities.

Mr Barton said: “2014 was a milestone year for the airport. Record passenger numbers and the launch of a bold new identity to mark the start of the £100 million transformation are all great platforms from which to start 2015.

“The transformation of the airport will continue to attract new airlines, new routes and more passengers, ensuring London Luton becomes a leading airport for London, Luton and the surrounding regions.”

The first new route to begin flights is to Vigo in north-west Spain. The route will be operated by Air Nostrum, the second airline to open up new routes from Lonndon Luton in the last two months.