YOU ARE AT: Business MK > Aviation > Airport begins search for new charity partner 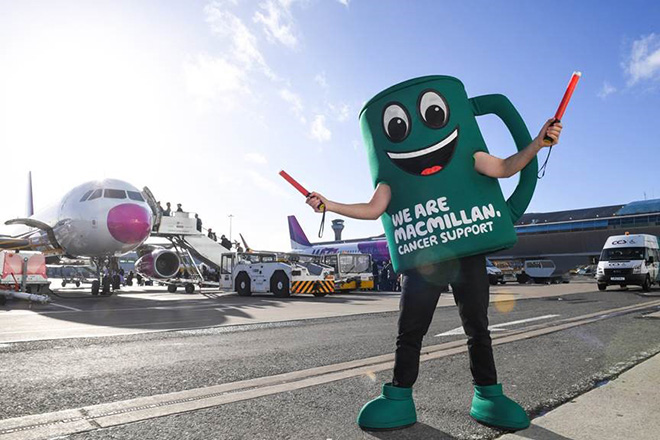 THE SEARCH is on for a new charity partner at London Luton Airport.

The application process is under way, with the successful charity joining forces with the airport for three years from next year until 2023.

The partnership with Macmillan Cancer Support since 2018 has raised more than £175,000, more than double the initial target of £80,000. Airport staff have volunteered over 1,300 hours and fundraising efforts included the ever-popular ‘runway run’, a sponsored bike ride to Amsterdam, and participation in the World’s Biggest Coffee Morning.

The money has been used to fund Macmillan Grants in the local area, helping families meet costs arising from cancer and its treatment. The airport’s efforts were recognised at Macmillan Cancer Support’s Corporate Thank You Awards, at which it received the Internal Engagement Award.

Macmillan Cancer Support’s corporate partnership manager Richard Quaife said: “The support and dedication from the staff and passengers at London Luton Airport over the past three years has been nothing short of impressive. Without the support from partners like LLA, Macmillan would not be able to reach as many people to reduce the financial burden a cancer diagnosis can cause.”

Supporting local community groups is a central part of the airport’s sustainability strategy. The charity partnership scheme has been running since 2008 and has raised a total of £600,000 for charity organisations through fundraising efforts of LLA’s staff and passengers.

Another initiative is the LLA Community Trust fund, which provides one-off donations of between £250 and £10,000 to organisations within the Three Counties.

London Luton’s chief executive Alberto Martin said: “Giving back to our local community is incredibly important to us. We look forward to receiving applications from charities which make a real difference in the local area, and already have some great fundraising ideas planned for the duration of the partnership.”

The closing date for applications is Friday October 23. Application forms and criteria can found here or requested from community@ltn.aero