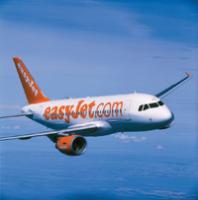 Budget airline easyJet and its partners Airbus and Nicarnica are planning the final stage of testing for the Airborne Volcanic Object Imaging Detector technology, which warns pilots of ash contamination in their air space and advanced earning of the location of ash clouds.
easyJet, whose headquarters are at London Luton, has flown back a tonne of volcanic ash from Iceland collected by the Institute of Earth Sciences in Reykjavik.
Airline chiefs are planning an experiment, due to take place in August, that will involve one Airbus test plane dispersing the ash into the atmosphere for a second Airbus test aircraft with the AVOID technology fitted to detect and avoid at over 30,000ft.
The experiment will take place when the Seviri and Calypso satellites are aligned to be able to image the ash cloud from space thereby helping to prove the accuracy and effectiveness of the AVOID technology.
easyJet engineering director Ian Davies said: "The threat from Icelandic volcanoes continues and so finalising the approval of the AVOID technology is as crucial now as ever to ensure we never again see the scenes of spring 2010 when all flying ceased for several days.
"Transporting a tonne of volcanic ash from Iceland is an important step in the final journey of testing the technology and moving towards commercial certification."
The AVOID system acts as a weather radar for ash. Invented by Nicarnica Aviation’s chief technology officer Dr Fred Prata, it uses infrared technology developed by the US military and fitted to aircraft to supply images to pilots and an airline’s operations control centre.
The images will enable pilots to see an ash cloud up to 100 km ahead of the aircraft and at altitudes between 5,000ft and 50,000 feet and to make alter the plane’s flight path to avoid the cloud.
The concept is very similar to weather radars which are standard on commercial airliners.
On the ground, information from aircraft with AVOID technology will be used to build an accurate image of the volcanic ash cloud using real time data. This could open up large areas of airspace that would otherwise be closed and minimise disruption to flights.
Airbus’ senior flight test engineer Manfred Birnfeld said: "We are all working towards reducing the impact of volcanic ash clouds and the technology being developed in AVOID could prove valuable in identifying airspace free of ash contamination and provide data for pilots and airlines on the precise localisation of ash clouds.”
Ash from the Eyjafjallajokull volcano in April 2010 caused the largest closure of European air space since the end of the Second world War. Estimates put the losses to airlines at up to £2.2 billion.