YOU ARE AT: Business MK > Aviation > Airlander prepares to enter production 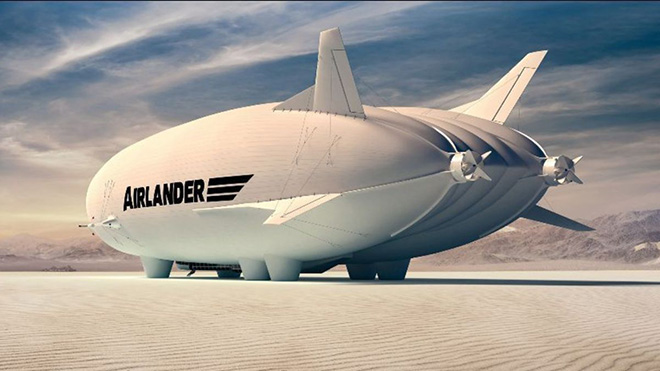 Airlander, being built by Hybrid Air Vehicles in Bedford.

THIS is the first picture of the production Airlander 10 as the start of its commercial production nears.

Hybrid Air Vehicles, which owns and manufacturers the world’s largest aircraft, is continuing talks with commercial customers and is negotiating its first four production slots.

The company, based in Bedford, is also looking to secure the investment required to establish a new made-for-Airlander production facility.

“Our current negotiations are the result of the strong interest in providing unique, responsible travel experiences that we have been seeing in the commercial sector,” said HAV chief executive Tom Grundy.

The updated aircraft has a longer cabin for passengers, cargo and equipment, a fuel-saving, lower-drag shape and enhanced landing gear.

“Unveiling the aircraft that our first commercial customers will receive is an exciting moment and an important milestone on our path to type certification,” Mr Grundy said. The production aircraft will be more efficient, producing a maximum 75% fewer emissions than comparable aircraft, he added.

HAV is also working towards a zero carbon aircraft as it develops electric propulsion with Collins Aerospace and the University of Nottingham.