YOU ARE AT: Business MK > Finance > Accountancy firm announces merger 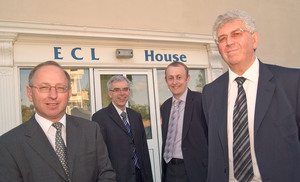 Mr Kerins said: “Howard Watson Smith has built up over more than 35 years a first-class reputation within the Milton Keynes business community and the addition of Barry Smith and Martin Wright from that firm will complement perfectly our expertise in Bedfordshire and surrounding areas.

“This is a very positive move for partners, staff and our respective clients.”

Howard Watson founded his practice in Leighton Buzzard in 1971, before moving to Bletchley four years later. He retired in 1989.