YOU ARE AT: Business MK > Uncategorized > A fight for supremacy of ‘Deathly Hallows’

A fight for supremacy of ‘Deathly Hallows’ 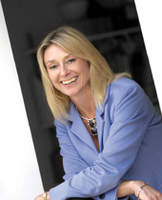 THERE is a continual, heated debate in the public relations industry regarding the value, or not, of paid-for editorial. Or is it sponsored editorial? Or is it advertorial? Or sponsored supplement? Or are they all the same thingâ€¦?

If you read PR Week, not even public relations officers can agree on the definition of each or, more, importantly their value.

The PR industry prides itself on creating ideas and selling stories in such a way as to generate media coverage without paying for it. However, this doesnâ€™t mean that all paid-for editorial is a bad thing.

Paid-for editorial should not be in place of editorial gained through traditional PR techniques. But I believe that, whatever you want to call it, there is value in paid-for coverage, provided it is strategically considered and part of an overall campaign.

Paid-for editorial can be an effective way of gaining media coverage that cannot be achieved through other means, providing that the topic is relevant to the publication and its readers. If it is well considered, it can reach a companyâ€™s target audiences, explain complex messages and aid in the positioning of a company, brand or individual.

Paid-for editorial, advertorials and advertising supplements, I would suggest, are much the same. They all provide an opportunity to write what you want, (within reason) about your business or issues you want to put across. They are normally identified as advertorials so the reader is under no illusion that it is paid for and not objective coverage written by a third party.

Sponsored editorial is paying for space but working alongside the publicationâ€™s editorial team to produce an article that is not seen as a direct selling piece, rather as a vehicle for opinion and positioning someone as an expert in their field, such as many of the columns in this publication. They are often identified by the inclusion of the writerâ€™s logo and contact details.

Sponsored editorial supplements are normally written by the publicationâ€™s own editorial team, following in-depth briefing and discussions with the paying client to ensure the messages and positioning are on target but at the same time reflecting the editorial values of the publication. The International Herald Tribune, for example, publishes on average two sponsored supplements per week for companies such as Nokia, Credit Suisse and Rolex.

The debate also questions whether paid-for editorial should come under the remit of advertising or PR. They are all integral parts of PR and as long as they are written in an editorial style and are part of an overall PR campaign, there is no reason why they should be classed as advertising.

What are the benefits of paying for your coverage?:
1 It provides you with the ability to target specific audiences and have a degree of control over the final article;

2 You have the guarantee that the key messages will be presented as you would like;

3 You decide when the coverage will run and in some cases where it will appear in the publication;

4 It provides your sales team with an additional sales tool.

If you choose to go down this road, a crucial factor in making paid-for editorial work is to ensure a tight working relationship with the publication from the start, with clearly defined parameters as to who is doing what and when and what you have approval of.

However, paying for your coverage is not a quick fix and does not work on its own. It must be part of a wider PR campaign to bring benefit from your investment.