YOU ARE AT: Business MK > Aviation > A 2nd terminal, 16,000 new jobs… Have your say on London Luton’s long-term expansion plan 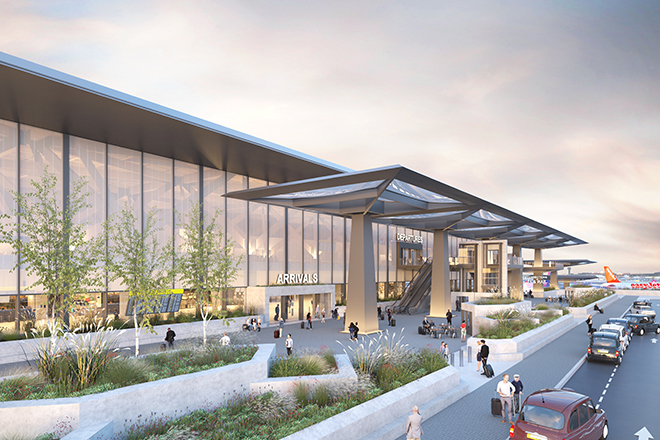 PLANS for the long-term expansion of London Luton Airport, including for a second terminal, are forecast to create around 16,000 new jobs in the town.

A second public consultation on the plans is under way, with a total 34 consultation events taking place in Luton and the surrounding area up to December 7.

The plans have been revised since an initial public consultation last year. Luton Council’s airport company London Luton Airport Ltd  is proposing growth to 32 million passengers a year by 2039 with a second terminal north of the runway and extensive new infrastructure.

It also proposes a third station and extension for the Luton DART fast transit from Luton Airport Parkway station to the new terminal.

There would also be an incremental funding package, on expansion consent, providing up to an additional £14 million a year for local communities most impacted by airport operations. However, LLAL is not proposing changes to the existing single runway nor an increase in the number of night flights currently permitted.

Luton Council chief executive Robin Porter said the airport is a key driver for economic growth and prosperity in the sub-region. “The proposed development would deliver enormous benefits, including an estimated 16,000 new jobs, with around a third of those directly employed at the airport.

“In Luton, airport growth would help the council deliver its ambitious goal to ensure no one in Luton is living in poverty by 2040, and on a national level would deliver an annual £2 billion uplift to the UK economy.”

“We recognise that our proposals would bring impacts for the environment and people who live and work nearby. That is why we are absolutely committed to bringing forward expansion with the highest standards of public interest and are setting out measures to tackle noise, climate change, air quality and travel to and from the airport. Our new sustainability strategy includes a range of challenging targets for both the short- and longer-term.”

Key to this will be to make it significantly easier to get to and from the airport by public transport, he added. LLAL’s target is for at least 45 per cent of airport passengers do so from 2029.

The extent of the proposed development means it is considered a Nationally Significant Infrastructure Project so LLAL will apply to the government for a Development Consent Order. Its application will be examined by the government’s Planning Inspectorate and a final decision made by the Secretary of State for Transport.

Full details of the consultation events are available now at www.futureluton.llal.org.uk

LLAL expects to submit its application to the Planning Inspectorate in summer 2020, with a decision by the Secretary of State for Transport towards the end of 2021.

Mr Scanlon said: “We are encouraging as many people as possible to give their views for the future success of London Luton Airport. We will carefully consider every comment provided during this consultation as we continue to develop our proposals and prepare our application for consent, and will ensure stakeholders are kept informed about how we have responded to their feedback.”