YOU ARE AT: Business MK > Education > Philanthropist donates £5m to new law school 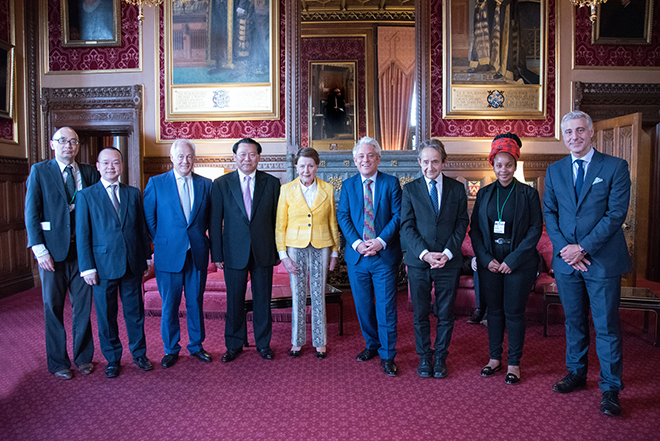 A WEALTHY Hong Kong philanthropist has donated £5 million towards a new law school at the University of Buckingham.

The gift by Dr Hon Dak Chung, announced by the university’s chair of council Rory Tapner at a reception hosted by Buckingham MP John Bercow, is part of the campaign for a ‘Law School for the 21st Century’. It is a main aim of the university’s 50 for 50 campaign, which to raise £50 million before the university’s 50th anniversary in May 2026. The donation also aims to build and strengthen the links between Britain and China.

The two key funders for the building project are the Chung Hon Dak Foundation and the Buckinghamshire Local Enterprise Partnership which is to contribute £2 million. The new building, on Tingewick Road, will host the China Centre and the Schools of Law, AI and Computing. It will be named the Tessa Keswick Building, after the university’s chancellor Lady Keswick.

“I hope that this new law building provides a welcoming environment for all who come here to study, work and visit,” said Dr Chung. “I want it to give teachers and students the ability to continue with the closeness of teaching and learning that is key to the success of this magnificent school.”

The law school is one of the founding schools at the University of Buckingham. Graduates include Pravind Jugnauth, the Prime Minister of Mauritius, three leading judges in Bermuda and Dafydd Enoch QC, who has been part of the Queens Counsel since 2015. Honorary graduates include barrister and former MP Sir Ivan Lawrence – now a visiting professor at the University of Buckingham – barrister and broadcaster Baroness Helena Kennedy, a Labour member of the House of Lords, and former judge Sir Sydney Kentridge.

Univcersity vice-chancellor Sir Anthony Seldon, said: “We are so grateful for the friendship and support of people like Dr Chung and the BLEP that will enable the university to transform the environment.”

The Tessa Keswick Building will be designed by Perkins Eastman is the largest architecture practice in New York, with offices throughout the US and in China. It is its first project in the UK.

The Tessa Keswick Building is expected to cost £17 million, with a further £10 million sought from philanthropy. It is due to be completed in March 2021 and to open from 2022.

Dr Chung said: “I want more students to benefit from an education at the University of Buckingham Law School and for more parents to feel as grateful as I do to the university.”