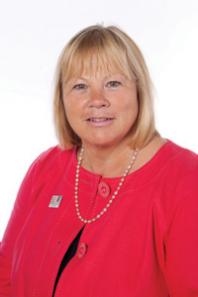 Destination Milton Keynes, whose members include hotels, conference centres and leisure attractions, has launched its plans to promote the city brand across the UK and abroad.
Its plans will focus particularly on increasing the number of visitors on business. The strategy also aims to increase visits to the Destination Milton Keynes and Amazing-MK websites – which already receive an average 11,000 unique visitors monthly – and enhance the experience for visitors to the area.
Launching the strategy at Holiday Inn Central Milton Keynes, DMK chair Dr Ann Limb (pictured) said that the next 12 months was a huge opportunity for Milton Keynes and the UK, with the Queen’s Diamond Jubilee celebrations and the London 2012 Olympic Games. Milton Keynes would also stage its second International Festival next year.
A major part of the strategy was to promote Milton Keynes as a base for visitors and competitors at London 2012, she said.
“Everything has to combine to create a first-class experience,” she told DMK members at the strategy launch. “We are very clear about the strategic objectives. It is about driving the visitor economy.”
Milton Keynes South MP Iain Stewart said that developing the tourism sector with 2012 in mind was a priority for the government. The sector already delivered £9 billion into the UK economy, provided work for 200,000 businesses and five per cent of the UK workforce.
The government’s target was to attract an extra four million visitors to the UK during 2012.
Mr Stewart added: “Next year is a great opportunity to expound the UK as an international tourism destination and it is important that Milton Keynes gets its fair share. There is huge potential to grow the number of tourism visitors and we have to make sure that Milton Keynes is on the map.”
The concept of Destination Milton Keynes could become a template for other areas of the UK, he added. “This is a huge opportunity to showcase what we have done.”