YOU ARE AT: Business MK > News > £1m grant boost to develop electric-powered Airlander 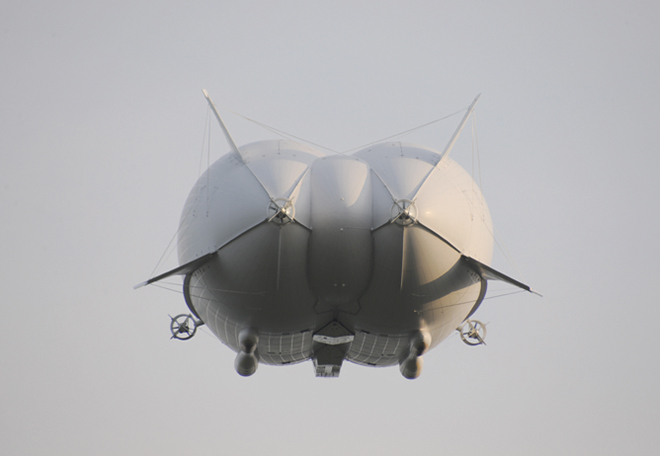 THE MANUFACTURER of the world’s largest aircraft is preparing to develop an electric-powered version of the Airlander.

Hybrid Air Vehicles is part of a partnership that has received more than £1 million in grant funding to develop electric propulsion technology, using the Airlander 10 as its testbed.

The E-HAV1 project will deliver a full-sized prototype 500kW electric propulsor for ground testing and technologies ready for future production. These will be directly applicable to a future Airlander 10, with the goal of replacing its fuel-burning forward engines as the first step towards an all-electric version of the aircraft.

The UK Aerospace Research and Technology Programme has awarded the grant to Bedford-based HAV in partnership with Collins Aerospace and the University of Nottingham.

Airlander 10 already operates with a significantly lower fuel burn than other aircraft of similar capability. The integration of electric forward propulsors will increase its advantage and Airlander 10’s ability to support activities from passenger travel to fisheries protection makes it an ideal platform for pioneering electric propulsion in civil aircraft.
Each of the three partners in project E-HAV1 is a leader in their sector: HAV in aircraft design capability, Collins in electric power system development, and the University of Nottingham in electric propulsion research and testing.
HAV chief executive Stephen McGlennan said: “Reducing our carbon footprint is one of the biggest challenges facing aviation today. We have to find ways of further reducing the impact we have on our environment. This project will move us closer to our goal of zero-carbon aviation.”
The Aerospace Technology Programme is a joint government and industry investment to maintain and grow the UK’s competitive position in civil aerospace design and manufacture. The programme is delivered via a partnership between the Aerospace Technology Institute, the Department for Business, Energy & Industrial Strategy and Innovate UK.
Business Minister Lord Henley said: “The UK has world-leading capabilities in aerospace manufacturing. The testing of this new electric engine, is our modern Industrial Strategy in action. This is a vital step in aerospace manufacturing to ensure the UK remains at the forefront of hybrid-electric technology, using the best talent, industry and innovation to transform the way people, goods and services move across the UK.”