YOU ARE AT: Business MK > News > £10m productivity boost ‘is waiting to be unlocked’

£10m productivity boost ‘is waiting to be unlocked’ 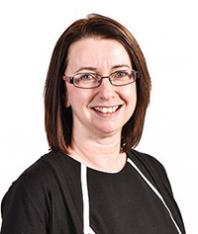 The Planning for Growth – don’t let uncertainty hold you back report, published by business advisers Grant Thornton, found that across the UK the potential GVA to be unlocked amounts to £72.5 billion, a level of growth that could translate to 1.4 million jobs.

With the UK economy expected to grow just 1.5% in 2018, missed growth could prove game-changing in making the UK a more vibrant economy.

For businesses to succeed, they need to emulate the attributes of ‘Growth Generators’: a group of sustainable, high growth companies identified by Grant Thornton that have recorded growth of 20% or more in the last year and sustainable growth for the last three.

The importance of the economy in the South East to the UK’s overall fortunes is clear – the region represented 15% of the nation’s total GVA in 2016, second only to London. However, the rate of GVA growth (2.5%) was in fact the second lowest in the country and at its lowest level since 2011.

Grant Thornton’s research revealed a clear sense that a climate of uncertainty with regards to the future is holding back growth. Only 53% of South East business leaders are confident that they will achieve their growth plans for the next three to five years, with 35% agreeing that political uncertainty has made them more risk averse.

The impact of this wider uncertainty has been to reduce the level of investment for growth over the last couple of years: only 3% of South East businesses have made their most recent strategic investment in revenue growth in the last year, compared to 24% in the previous one to two years and 70% in the previous three to five.

Fiona Baldwin, Grant Thornton’s practice leader in Milton Keynes and St Albans, said: “While political uncertainty has not been identified as the biggest challenge for businesses, a drop-off in recent growth ambition is visible, although businesses do still harbour growth plans for the future.

“The key is to take advantage of opportunities and overcome existing challenges identified, without taking on too much risk.”

Looking at key areas to drive growth, such as use of technology and brand and marketing, the region’s businesses face challenges here too.

South East businesses see technology as both a major accelerator and barrier to growth. However, a higher proportion say it is a significant barrier (47%) than those that say it is an accelerator (34%).

Only just over half of South East business leaders are broadly confident in their ability to overcome technology as a barrier to growth.

Like technology, brand marketing and communications are recognised as both a top accelerator and a barrier to growth. But only just over a quarter (29%) of South East leaders who said marketing was an accelerator are confident their organisation can implement this.

The Growth Generators that Grant Thornton identified – 13% of whom are based in the South East – have four key characteristics that other businesses need to try to emulate. They are:

South East businesses perform well at instilling a sense of purpose: over 90% of leaders believe that their staff and management understand and support it.

When it comes to investing in growth, 70% of Growth Generators see M&A as their number one strategic growth priority in the next 3-5 years, while in the South East it was significantly lower at 54%.

Of business leaders who have identified technology as an accelerator to growth, Growth Generators are more confident in their ability to implement this (59%) than businesses in the South East (42%).

Tech was the area of highest investment to reach the next stage of growth for 14% of Growth Generators compared to only 7% of South East businesses.

Mrs Baldwin said: “We believe that if more UK businesses adopt a Growth Generator mindset, we can unlock the UK’s full growth potential and the private sector can lead the way in shaping a vibrant economy.

There is no doubt that businesses in the South East have the capabilities to drive up their growth performance and move nearer to claiming that £10 billion productivity prize.

“It is a question of having the confidence when the right opportunities arise and being clear about the strategy for the future.”